Soon after the release of Chennai Express, rumour mills have been abuzz with news of Shahrukh Khan working with Rohit Shetty once again. In Shetty’s own words, there were rumours of nine films including remake of ‘Angoor’, ‘Hum’ and ‘Chalti Ka Naam Gaadi’.

However, the ‘Singham Returns’ director has clarified that he has only signed one film with SRK.

Rohit also said that his next film with Shahrukh is currently in the pre-production stage and will go on floors next year.

“I’d like to put all rumours to rest and say that only Shah Rukh has confirmed for my next film. No one else has been roped in as of now. The pre-production for the film has already started and it will go on floors next year” Shetty told reports an event to promote his upcoming film ‘Singham Returns’ which releases next week.

Rohit also said that the film won’t release before 2016. 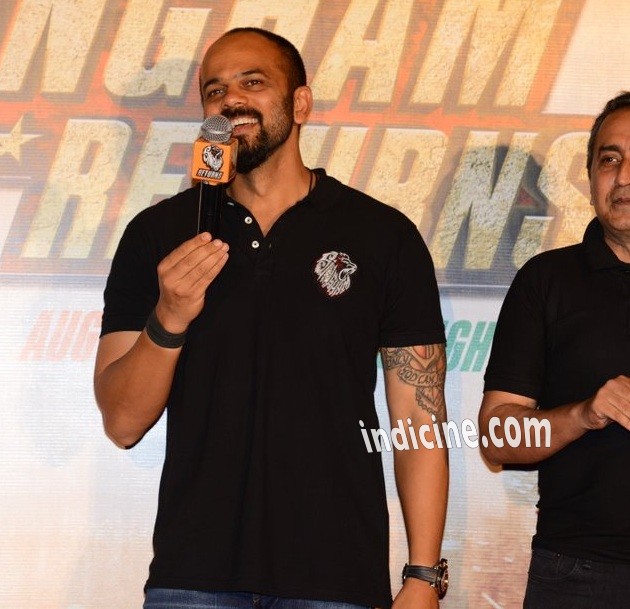