Red Chillies Entertainment’s new strategy of releasing the Happy New Year trailer exclusively on Facebook and Whatsapp has worked big time. The trailer of the film has reached more than 70 million across the world, less than a week after it was released on almost every popular platform on the planet.

Here are some exclusive stats that we have compiled for you:

(More data below the image) 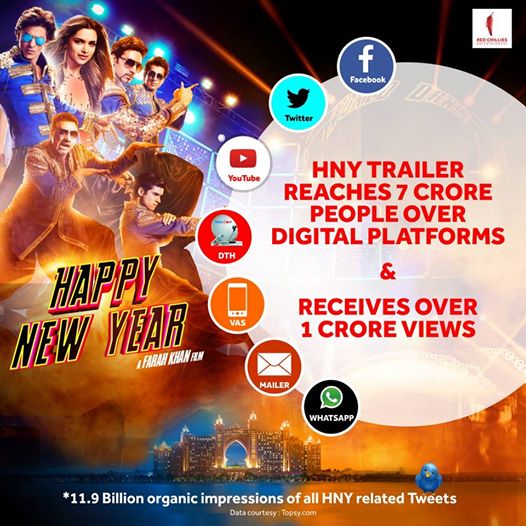 Overall, the strategy has worked big time. The trailer has generated huge buzz on social media, amongst the masses and the trade. What remains to be seen is, how much of it actually converts into ticket sales. During times when films like Singham Returns on 3600 screens and normal (non-festive) ticket prices is collecting 32 crore on its opening day, will Happy New Year be the first film to collect 40 cr? Now that’s the big question!