2012 would well go down as a year when award organisers can well find themselves pushed to the wall, what with number of leading ladies coming up with a bravura act. In the problem of aplenty, Sridevi’s tremendous comeback with ‘English Vinglish’ has done the trick, what with a unanimous verdict being passed that her performance deserves all the awards.

The trouble though is that such ‘unanimous verdict’ has been passed many times over right from the time when Vidya Balan impressed one and all with ‘Kahaani’. Later Deepika Padukone won everyone’s heart as Veronica in ‘Cocktail’. Also, Bipasha Basu‘s menacing act in ‘Raaz 3’ ensured that the film fetched a blockbuster status for itself. Just when one had settled down to the fact that it was going to be a three way competition, Kareena Kapoor struck with ‘Heroine’. And now with Sridevi not putting one foot wrong with ‘English Vinglish’, there are as many as five actresses in the run already. 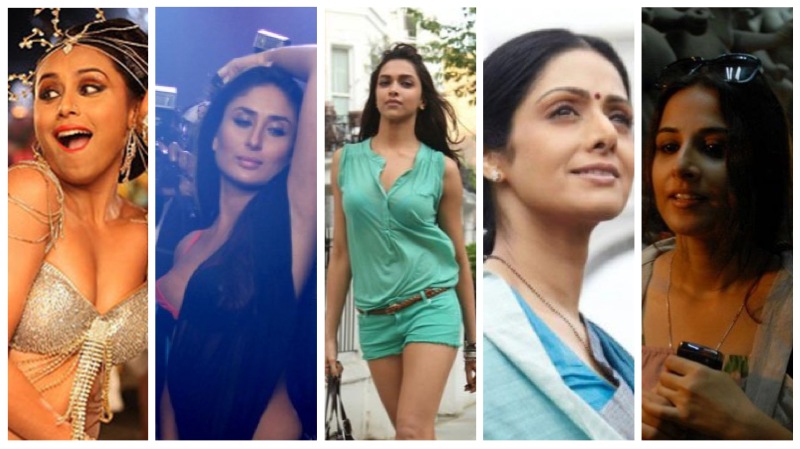 This isn’t all as there are still quite a few performances waiting to be noticed. Though Rani Mukerji gets it perfectly right in ‘Aiyyaa’, the very fact that the film is intolerable could unfortunately keep her out of the equation. On the other hand Katrina Kaif has an author backed part in ‘Jab Tak Hai Jaan’ and time and again, Yash Chopra has extracted brilliant performances from his leading ladies.

With so many ladies in the fray, leave aside selecting the one who would win an award, even finalising Top-5 nominations would be a huge headache for the organisers.

However there is always a quick fix solution, courtesy half a dozen prominent award giving setups emerging in last decade or so. Ultimately, it would all boil down to ‘let’s make everyone happy’ scheme where no one returns empty handed. While one would get a popular award, another a critics award, third in the ‘best jodi’ award, fourth as a ‘best actress in a negative role’ award and new categories being created for the rest, the stage would be akin to a candy bar where everyone gets everything.

Still, would someone of Sridevi’s calibre actually like to make a march towards the candy bar?

Of course there would be some who may say – ‘In any case, who takes these awards seriously?”

Well, ask these leading ladies. We are sure they do!

Who deserves the Best Actress Award for 2012? Vote and tell us!