You can now share your articles (short or long) with thousands of Indicine readers. Mail us (indicineteam at gmail.com) OR use the contact us page (you can write or attach document)

Note: This is a user submitted article

I’m sure this is a question that would be asked often. Yes, the last 3-4 years or so have not been great for Shah Rukh Khan. And when I say ‘not been great’, I mean by the high standards that the superstar has set for himself. Yes, I may buy the argument that he may be going through a ‘bad phase’. Yes, his films have not been able to cross the box office figures of Aamir Khan and Salman Khan. Does this mean that he has lost his charm or the box office pull which he has enjoyed for 23 years. HELL NO.

I’m not even talking about overseas collections here as it is futile to discuss this. The simple reason being, it has been SRK who took Indian films to a global platform with films like DDLJ, Kuch Kuch Hota Hai, Kabhi Khushi Kabhie Gham. Till a few years back, people would know about Hindi cinema due to SRK. It’s only the last few years where we see that his films in the ‘domestic market’ are underperforming. 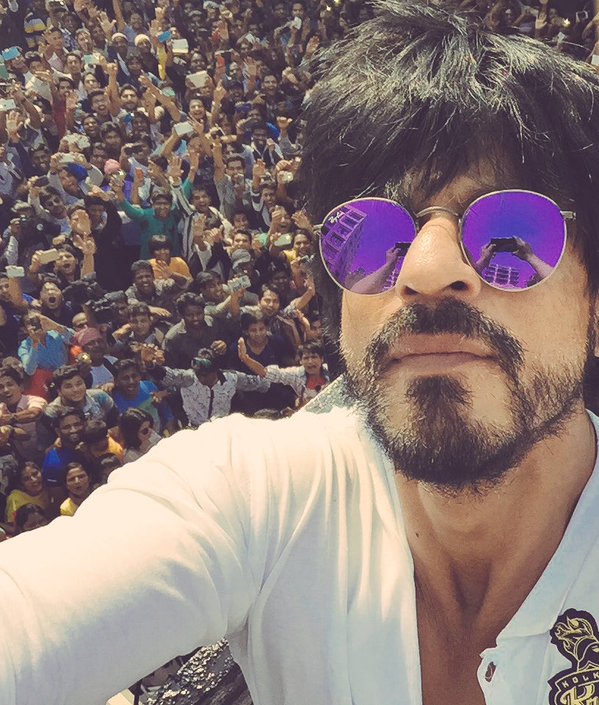 SRK’s selfie with his Fans outside Mannat

In the overseas markets though, he stamps his authority all over. Even a film like Dilwale, which is not considered to be a great film, is among the highest overseas grossers of all time. Okay, people may argue that the SRK-Kajol factor surely helped. But to what extent? It was competing with Star Wars (a big franchise) and our very own Bajirao Mastani. Still, it opened big.

Coming back to the point, his films in his ‘bad phase’ earn more than many stars’ films in their ‘good phase’. To shed light on this, the highest grossing film of Akshay Kumar (Rowdy Rathore) earned 134 crores. Ajay Devgn’s highest earner (Singham Returns) was 140 crores.

My question is, isn’t it too early to say that Shahrukh’s career as a lead actor is waning? To put this into perspective, the opening day collections of his last 3 movies were excellent if not record breaking. Dilwale earned 21 crores with clash. In comparison, last Christmas, PK earned around 27 crores. It was directed by Rajkumar Hirani (who, by the way, has a huge following of his own). It brought together the Hirani – Aamir combo. But still it didn’t open Huge (by Aamir’s standards of course). If it wasn’t for the clash, Dilwale had a good chance to earn 6 crores more out of the 12 crores earned by BM. Let’s not even talk about Happy New Year and Chennai Express. They were record openers earning 44 crores and 33 crores respectively.

In no way am I comparing the two stars. I’m just giving the perspective. The point I’m trying to put across is that isn’t it too early to lose hope and say that SRK’s career is waning? His upcoming releases looks promising. It marks the return of SRK to content-driven cinema. We do know the magic he creates when we get to see SRK the ‘actor’ (read Chak De India, My Name Is Khan, Swades, Kal Ho Na Ho).

This article is not written to defend him in any way. The simple reason being, he is too big a star to need it. By writing this article, I just want to say that it may be too early to say that his career as a lead actor is waning or Dilwale is his ‘Mrityudaata’.