Sidharth Malhotra and Parineeti Chopra – the stars of Hasee Toh Phase which released in theatres today – were spotted at the Mehboob Studios in Mumbai to promote their film.

Late in the night at the around 10PM, the stars were also seen at PVR Juhu along with Karan Johar to meet those who were invited for the multiple special screenings of the film.

Check out the pictures! 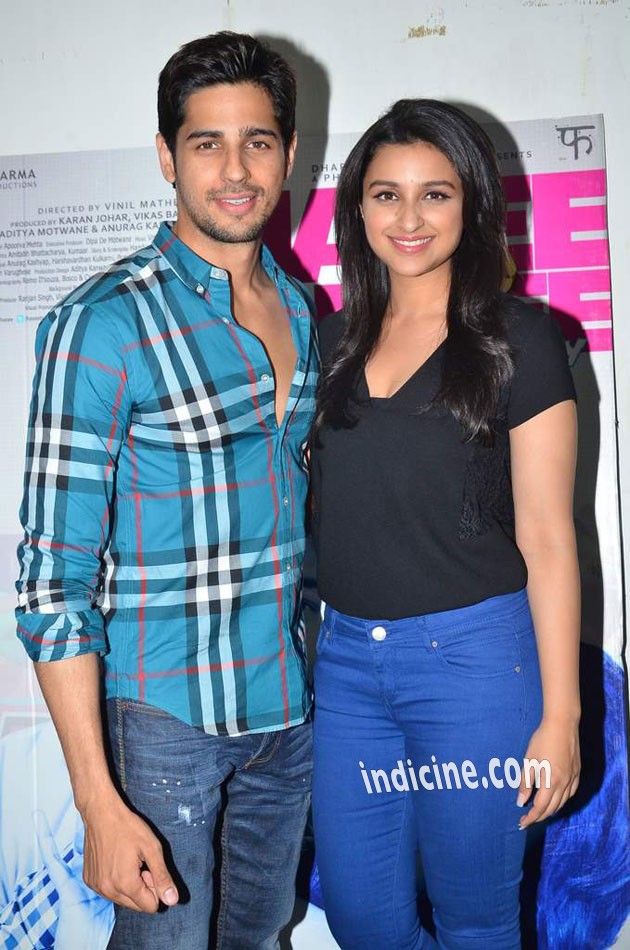 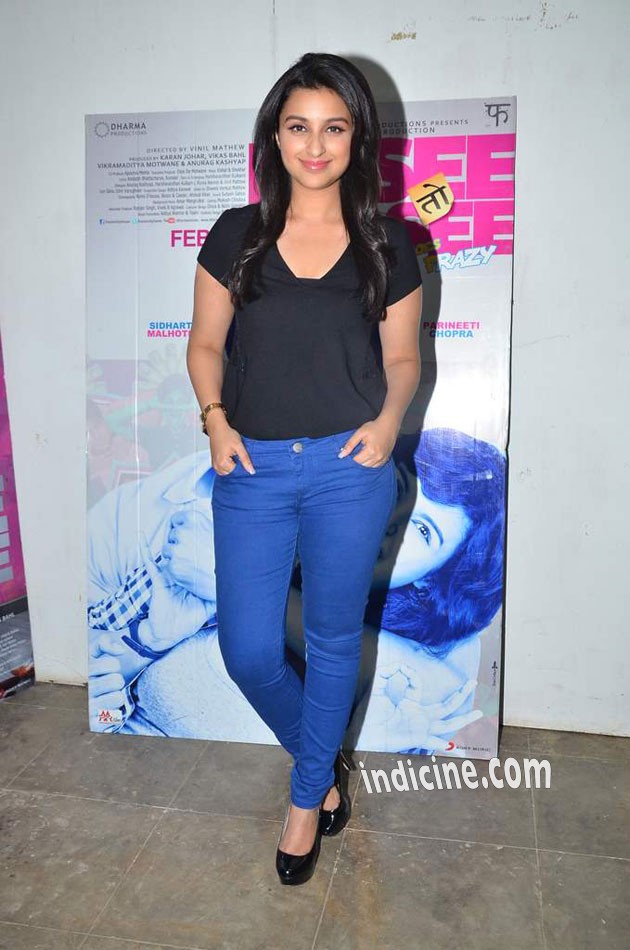 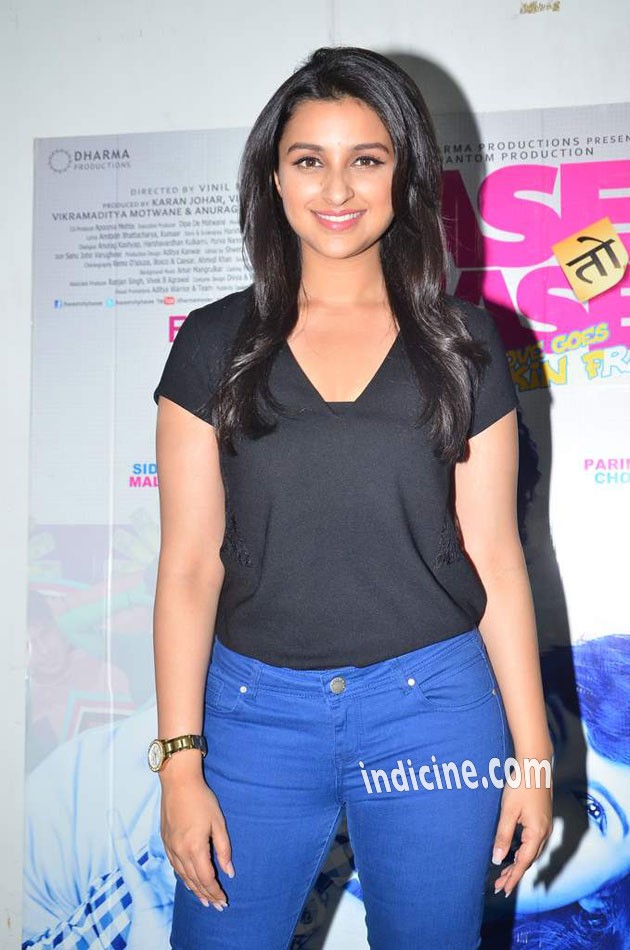 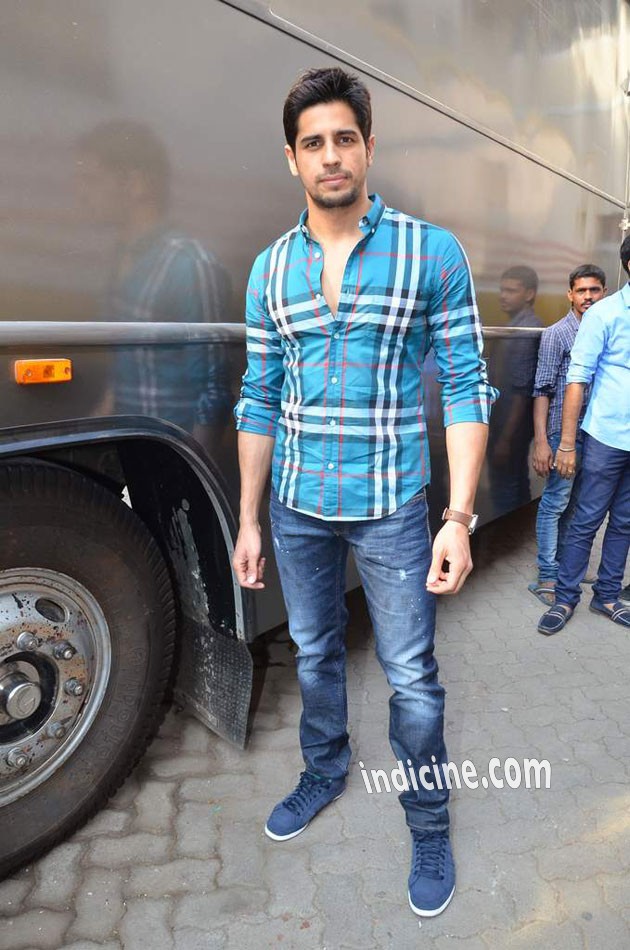 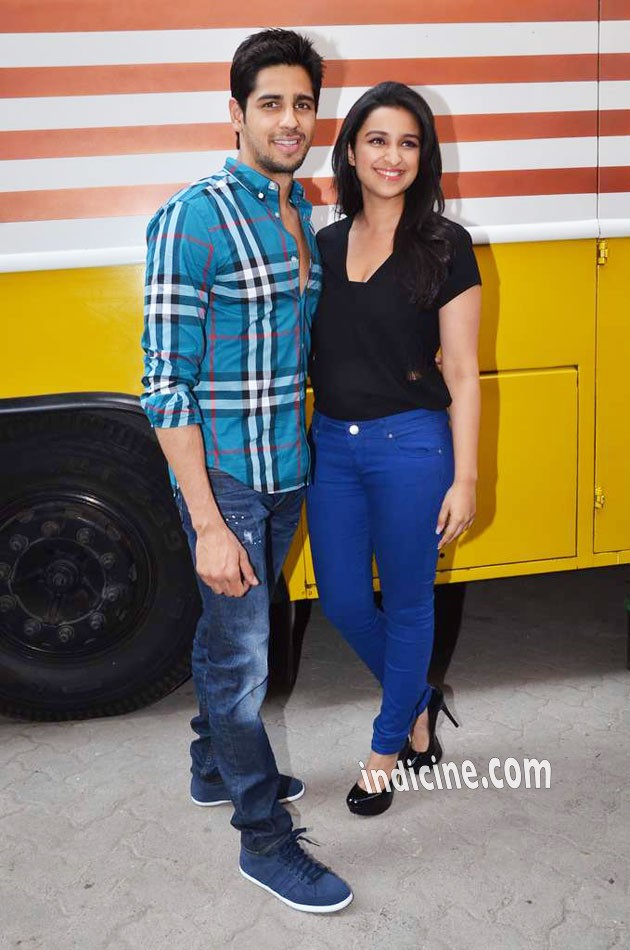