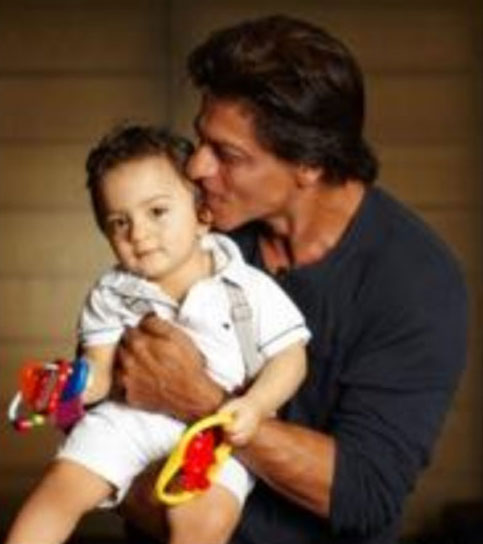 Not too long ago, Shahrukh Khan had proudly said that he sees “the next SRK in AbRam” (Read article). Now, the one-year-old baby will make his screen debut in Farah Khan’s Happy New Year along with his producer mother Gauri Khan.

It was Gauri Khan, last seen in the closing credits video of Om Shanti Om, who revealed the news of their special appearance in the film.

“Yes, in fact both AbRam and I will be seen in the film. It was a very spontaneous decision. I was going for my shot when Farah and Shahrukh asked me to bring AbRam along. So I went ahead. Even Aryan has done a movie appearance when he was two-and-a-half-years old” she said.

Gauri has also said that AbRam looks way cuter in real than in the picture (that SRK shared on Eid) and Shahrukh is totally obsessed with his youngest son.

“I am a mum, so I say this, but he looks way cuter than in the picture and Shahrukh is totally into him. He is totally obsessed with AbRam” Gauri said.