Two films that should never have clashed at the box office are finally releasing after a dignified marketing campaign. The internal slugfest to get the best screens was going on throughout, but it’s business and every producer wants to give his film the best possible release.

The makers of ‘Raees’ on the strength of Shah Rukh Khan’s box office pull and superior promos, have managed to get a wider theatrical release. The other film, ‘Kaabil’ too has got a good release, especially in the south where the Hrithik Roshan factor has ensured a big release.

For SRK and Raees the first target would be to cross the 125 crore mark, which would ensure that the film recovers costs and begins to get into the profitable zone. A good total for a film like ‘Raees’ would be in the 150 crore range and if the film manages to collect more, it would be a solid success for SRK after one outright rejected film (FAN) and an under-performer (Dilwale). A big total, which also means the film finding acceptance amongst the audience, would set him up well to achieve bigger totals with his next film directed by Imtiaz Ali.

For Hrithik, the success of ‘Kaabil’ is going to be very important after the disastrous ‘Mohenjo Daro’. He not only lost the previous clash, but the Ashutosh Gowarikar directed film did not even manage a face-saving total. ‘Kaabil’ being the underdog in the clash, might work in Hrithik’s favour because the expectations of a very big total aren’t there. ‘Kaabil’ would recover when it get into the 80 crore range and a 90-100 crore total would mean the film is a clean box office hit.

Factors in favour of Raees: 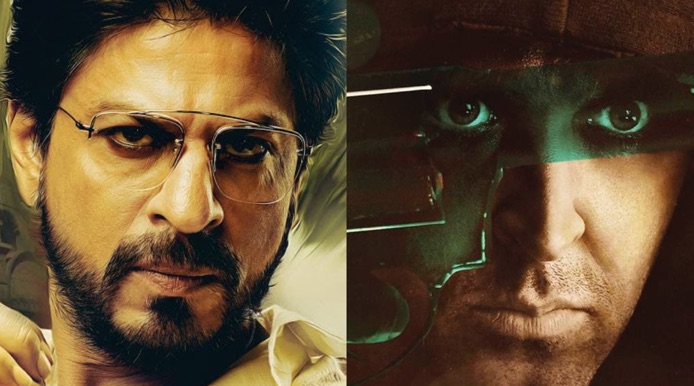 Factors in favour of Kaabil:

IndicineFBO: We expect Raees to collect Rs 21.5 crore on its opening day, which would be a similar total as Shah Rukh’s last film Dilwale. For Kaabil, the opening should be in the 11.5 crore range, which would be a fairly good total if the film can grow on word-of-mouth during the extended 5-day weekend.