A few on-the-set pictures of Priyanka Chopra, Ram Charan Teja and Sanjay Dutt who were shooting for the remake of Amitabh Bachchan’s yesteryear classic Zanjeer.

The film is being simultaneously shot in Hindi and Telugu, as Ram Charan is one of the biggest superstars in Andhra Pradesh. 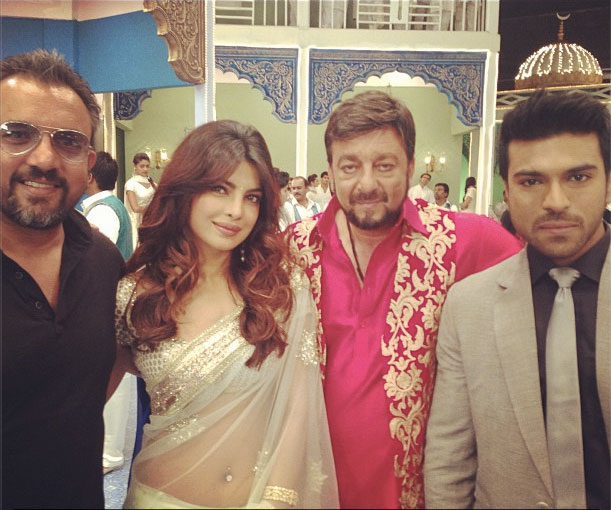