Cat fights are not uncommon when two actresses are shooting for a movie. Buzz was that a similar situation took place on the sets of Barfee between Ileana D’Cruz and Priyanka Chopra.

But a recent tweet by PC has rubbished all these rumours. She recently met Ileana and tweeted “Hung out with Ileana yesterday.. she was shooting next door, had such a good time in Barfee.. all the kids on my set were going crazy seeing her! cute”.

The movie features Ranbir Kapoor portraying a deaf man. He tries to solve the mystery of his wife’s murder (Ileana) with Priyanka who plays the role of a mentally challenged woman. Directed by Anurag Basu Barfee will release on July 13. 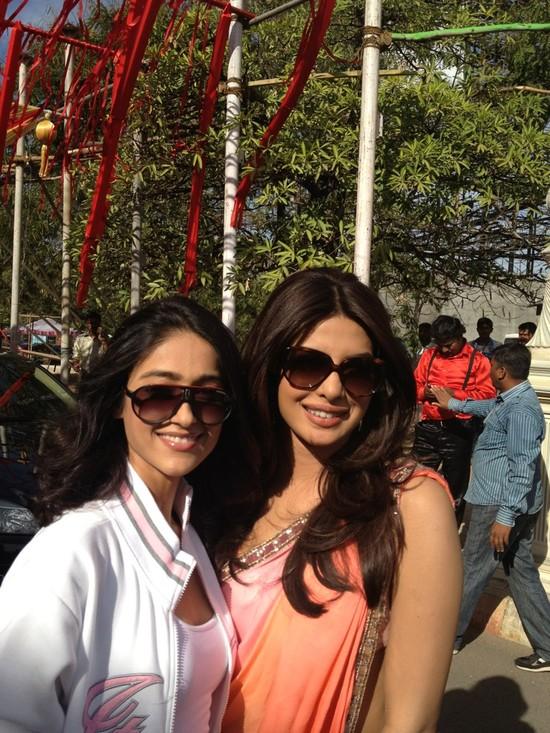 Ileana D’Cruz with Priyanka Chopra on sets of Barfee
Advertisements