Zindagi Na Milegi Dobara star Kalki Koechlin completely steams up the front cover of Film Street Journal. The actress began her career in the critically acclaimed Dev D (2009). Her character of Chandramukhi, a prostitute in the film was applauded. It bagged her the Filmfare Award for Best Supporting Actress as well. Later she went on to deliver films like Shaitan and The Girl In Yellow Boots.

In a glittering black bikini, Kalki looks hot while she is attempting to pose in a naughty way. Have a look! 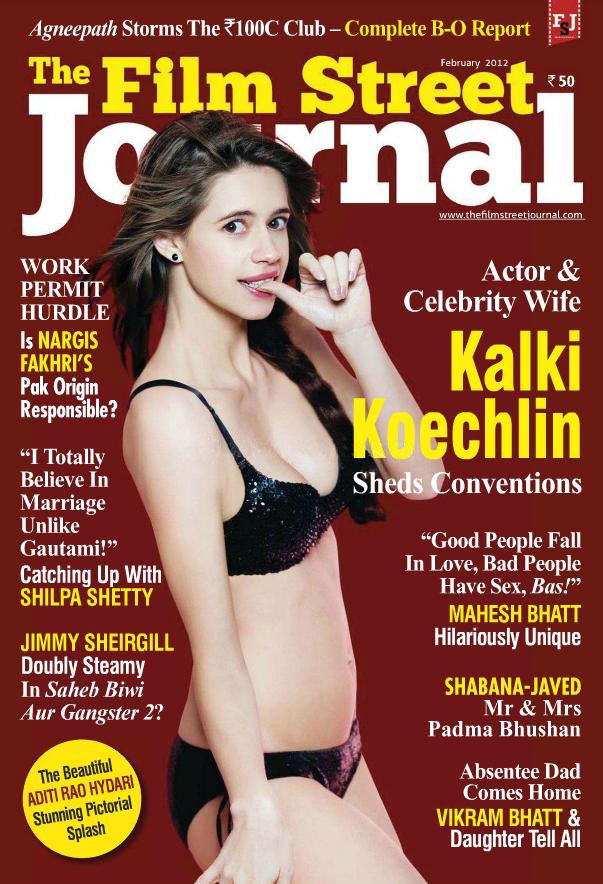 Kalki Koechlin on the cover of Film Street Journal - February 2012