A new poster of Prem Ratan Dhan Payo featuring Salman Khan and Sonam Kapoor is out. It’s yet another typical Sooraj Barjatya style poster. Salman who plays the role of Prem, is seen playfully holding on to Sonam’s hair as they dance to the tunes of one of the songs in the film.

Also starring Anupam Kher and Neil Nitin Mukesh, PRDP releases in theatres on the 12th of next month. 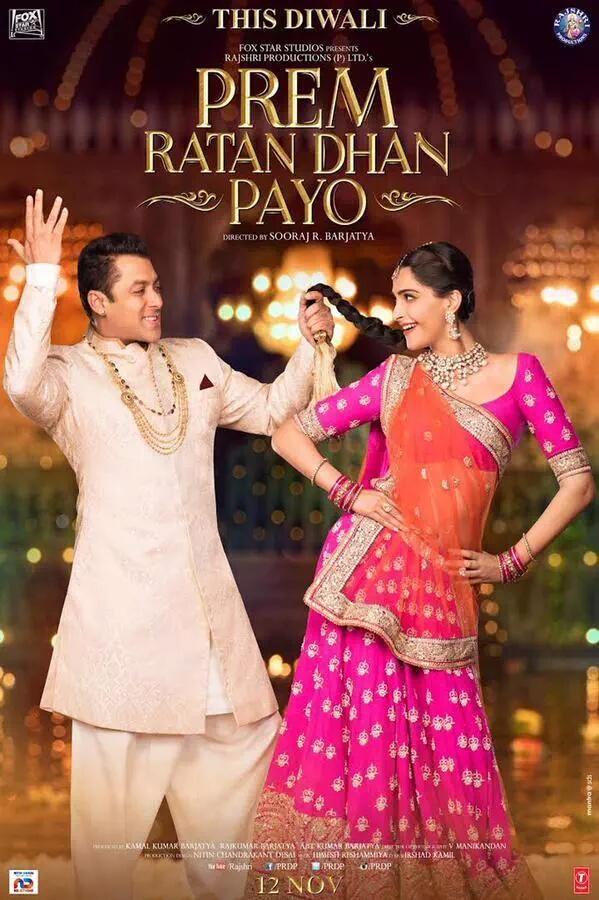