Shah Rukh Khan’s youngest son AbRam enjoyed a ride to the sets of his father’s upcoming film ‘Dilwale’ with the director of the film Rohit Shetty.

We have the video and pictures.. Check it out! 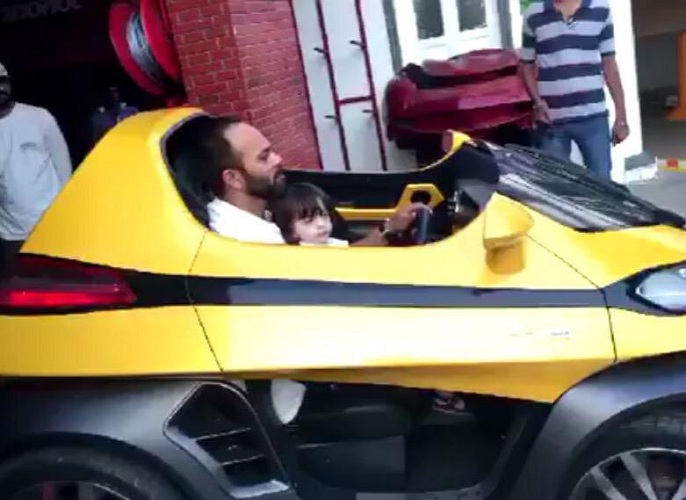