Here are a couple of new pictures of Prachi Desai with Asin and Priyanka Chopra.

The first is a cute pic shared by Prachi on Twitter, straight from the sets of Bol Bachchan. 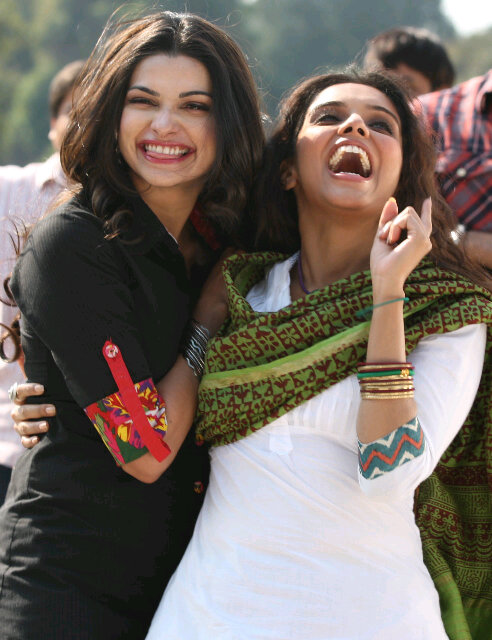 The second is a still from this week’s release Teri Meri Kahaani also starring Shahid Kapoor.