A small film featuring two veteran actors Rishi Kapoor and Paresh Rawal will soon release in theatres. The film has been titled ‘Patel Ki Punjabi Shaadi’ and the first look poster is out too.

The poster has Rishi Kapoor pulling Paresh Rawal’s cheeks. The film is said to be fun-filled with comedy and a bit of romance too (featuring Payal Ghosh and Vir Das).

A Punjabi boy and a Gujarati girl find themselves in love, and madness ensues. A cultural clash along with bucket loads of family drama makes this movie the quintessential Bollywood entertainment spectacle.

The trailer will be out tomorrow. 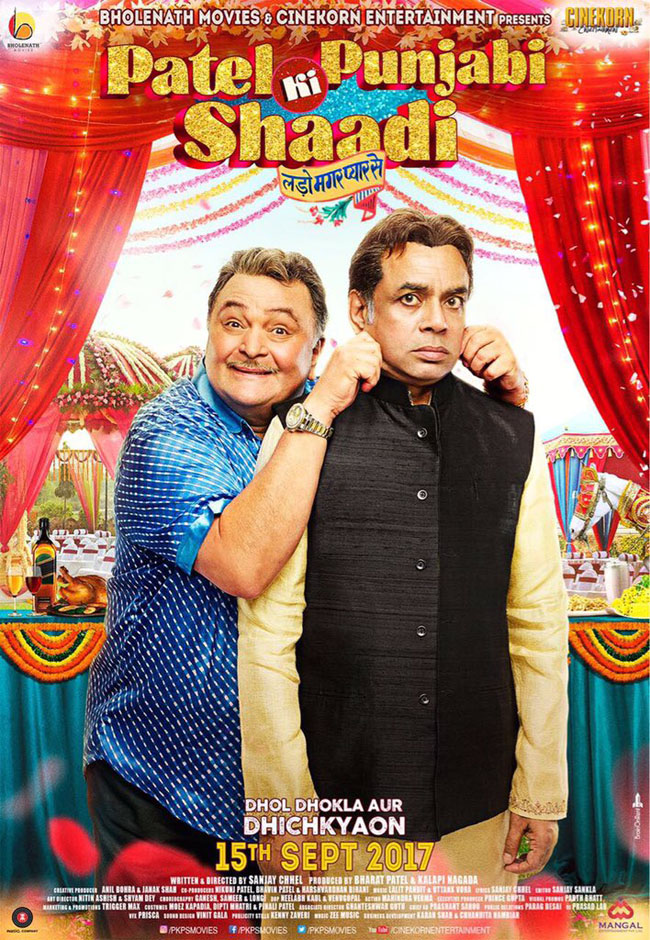