The film also features the young actress Zaira Wasim, who was seen in ‘Dangal’ last year.

“Since the film is the story of a 14-year-old girl who is a singer and song-writer, getting the right voice for the character was very important. Meghna is a very talented girl… There is a soul in her voice and we looked for that… I think we are lucky to have her on board. She has a long way to go.” said Aamir, introducing Meghna. 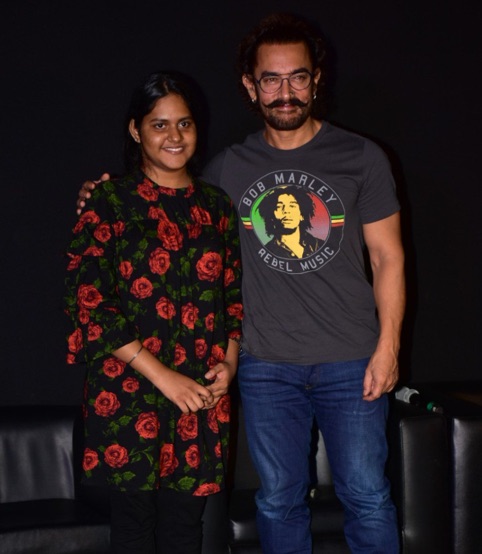 The composer of the song Amit Trivedi said he auditioned 28 other voices for the song, before he zeroed in on Meghna.