Kiara Advani, who was seen in Fugly, is featured on the cover of Maxim India. The actress looks stunning in her new sexy avatar. Her look has been styled by Maneka Harisinghani, make-up by Tania Travers.

Check out the February 2015 cover of Maxim India below. 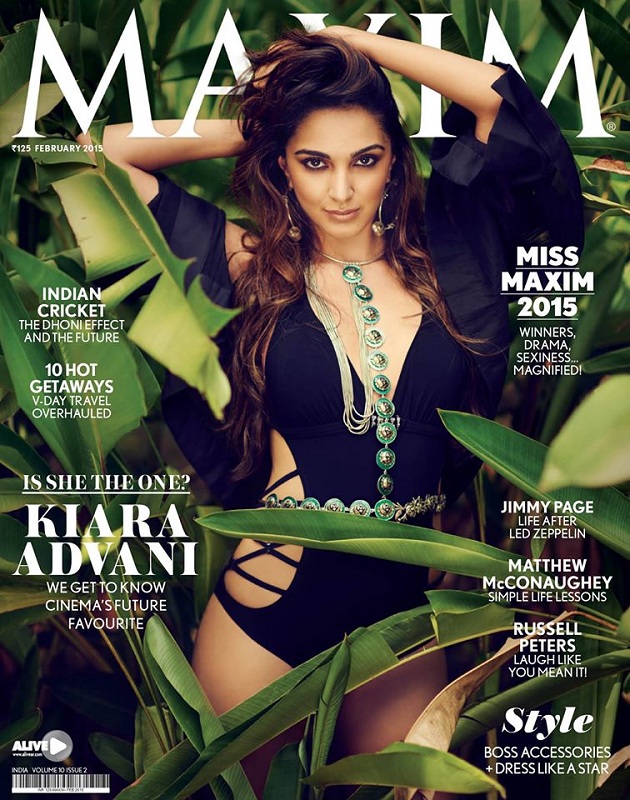