On May 1st 2015, Kamal Haasan and his daughter Shruti Haasan will be battling it out at the box office. Kamal’s keenly-awaited film ‘Uttama Villain’ and Shruti’s ‘Gabbar Is Back’ also starring Akshay Kumar, will release on the same day.

“This is the first time in Shruti’s career that her film is releasing on the same day as her father’s film, though the genre and language is different. Shruti is definitely excited about this as it’s all within the family” a source close to Shruti said in a statement that was released to the media.

While ‘Uttama Villain’ is a story about a 8th century theatre artist and modern day megastar, ‘Gabbar Is Back’ is an out-and-out commercial entertainer for the masses. 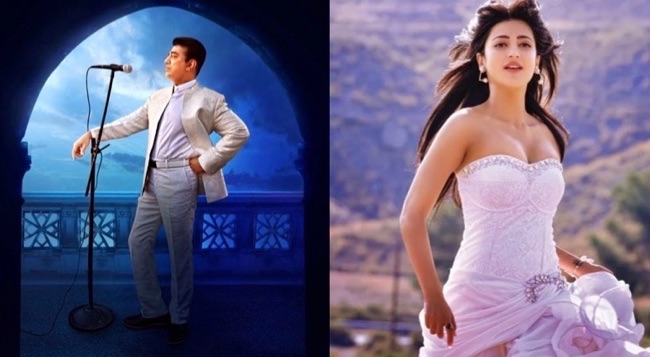 Since Kamal is one of the biggest superstar in the South, so it remains to be seen what sort of impact ‘Uttama Villain’ has on the business of ‘Gabbar Is Back’.

May 1 is not a national holiday, but is a holiday in several states in India for ‘May Day’. In the state of Maharashtra, which happens to be the biggest state for Hindi film business, May 1st is holiday for Maharashtra Day