Actor John Abraham has started shooting for his next production ‘Parmanu – The Story Of Pokhran’, based on the successful nuclear tests conducted in Pokhran, Rajasthan in 1998.

“Day 1.. ‘Parmanu. The Story of Pokhran’. Our biggest test ever!” John tweeted. 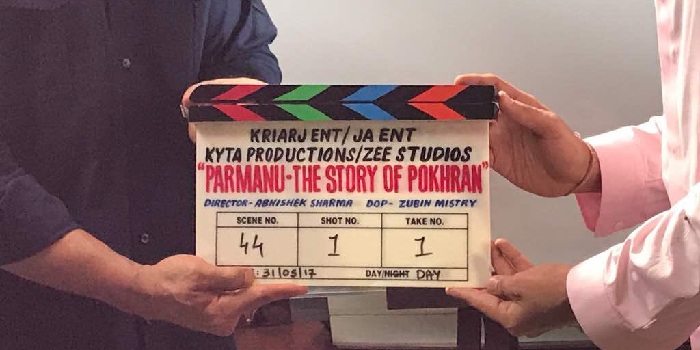 “The road to Pokhran has been paved. It’s time to embark on a journey to revisit the mission that changed the place of India on the world map and turning the course of modern India’s position in the world as a strong nuclear state,” John said in a statement.

The Abhishek Sharma directed film marks the ‘writing debut’ of John, who has assisted in writing the script of the film, along with Saiwyn Quadros and Sanyuktha Chawla Shaikh (writers of ‘Neerja’ fame).