Before the theatrical release of Yash Chopra’s Jab Tak Hai Jaan, there was tremendous curiosity in the trade. Can Jab Tak Hai Jaan beat Ek Tha Tiger to be the year’s biggest grosser? If it does, can it go on to finally cross the 202 mark of 3 Idiots, thereby also joining the 200 crore club?

3 Idiots, currently holds the record for the highest grossing Hindi film in history. The record was set in 2009. Since then, every big ‘superstar’ release was expected to surpass the Aamir Khan classic. Ek Tha Tiger came close, but finished it’s record-smashing run 2 crores short of the 202 crore target.

Below, we track Jab Tak Hai Jaan’s box office figures day wise and compare it to Ek Tha Tiger and 3 Idiots. This page will also be updated everyday with predictions.

Note: Due to fewer screens and competition, the opening weekend of JTHJ is unlikely to come close to ETT. In the long run, with good word-of-mouth and family audience coming out in numbers to watch Yash Chopra’s last film.. who knows? 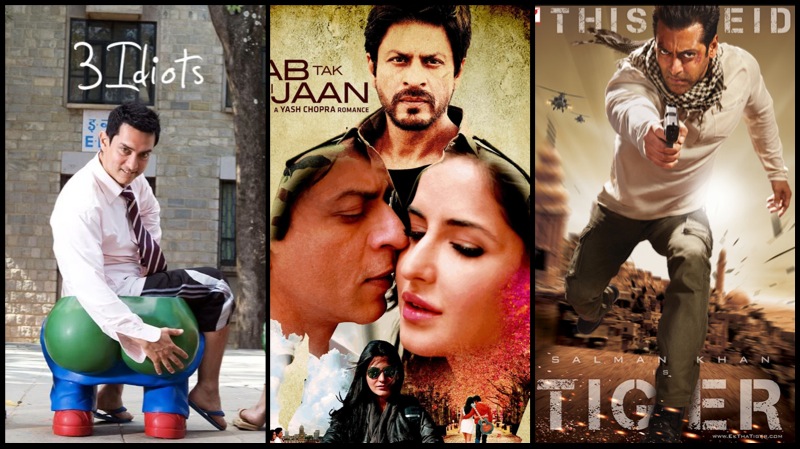