Shahrukh Khan’s Happy New Year is all set to get the widest release for a Bollywood film in China. Sources say, the Farah Khan directed film was cleared by State Administration of Press, Publication, Radio, Film and Television (SAARFT) China on January 1.

Happy New Year will release on 5000 screens across the country on February 12, which also happens to be the Chinese New Year Weekend (their new year falls on February 19).

Due to the extended holiday season in China, the film is expected to set records for a Bollywood film in the country.

Yash Raj Films, who distributed the film in India, will be co-distributing Happy New Year with China Film Group. 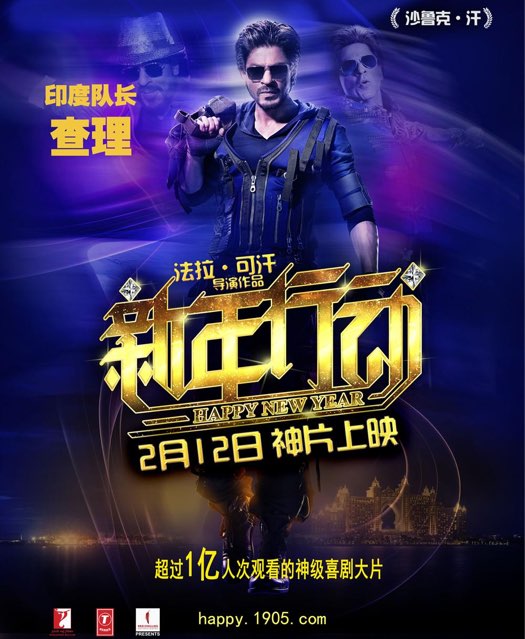