Tiger Shroff has suddenly become the talk of the town after giving two back to back hits with his first two films – Heropanti and Baaghi. But the trailers and promos of ‘A Flying Jatt’ have been rather tepid with the movie coming across as a kids film. For seasoned viewers of superhero movies from the West, A Flying Jatt, wouldn’t be the most novel experience, or so it seems from the trailer. Let’s find out if Remo proves everyone wrong.

Story: Mrs. Dhillon (Amrita Singh) is a gyrating loudmouth Punjabi mother of Aman (Tiger Shroff). He is a martial arts teacher and loves Kirti (Jacqueline). They live in a society which seems over the top but evil Mr. Malhotra (Kay Kay Menon) wants to demolish it. He runs a lot of companies which pollute the environment. He gets Raka (Nathan Jones) to teach Aman a lesson as they refuse to give up their society. A big incident occurs involving a holy tree and both Aman and Raka end up getting superhuman powers. A lot of the film is then about Aman dealing with his newfound powers and then the climax is a clash between the superhero and the supervillain.

Review: A Flying Jatt works as a goofy superhero movie when the hero is just dealing with his new powers but when it starts preaching the viewers about pollution and its negative effects, the movie gets diluted. Of course, the movie will seem very pleasant and impactful to young kids but to adults it doesn’t hold a lot of value. Remo inscribed a lot of his typical comic touch to the movie but lets us down with sub-par action scenes. A Flying Jatt feels very incoherent and the duration of the movie feels like a slow trudge in space. The effort can be appreciated but the final product is a total letdown.

The action choreography of A Flying Jatt should have been the main highlight of the movie but the action scenes feel manufactured and there’s no spontaneity to it. The editing is also lax as the film is allowed to go on for too long. The costume design is fine but the production design is lackluster. The music of A Flying Jatt doesn’t leave any mark with even ‘Beat pe Booty’ not becoming a chartbuster. The title track with the kids is fun, though. 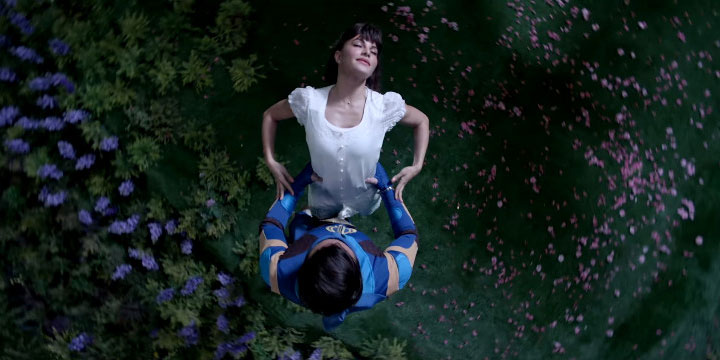 Acting: Tiger Shroff has quickly typecast himself in the same type of roles and unfortunately what worked in his first two films doesn’t work anymore because of the sameness that has crept into his expressions, his posture, his dancing and his action. He needs to keep reinventing and attempting new roles if he wants to survive for long. Amrita Singh is irritating as the mother, Gaurav Pandey as the friend/brother is funny. Jacqueline doesn’t have a lot to do. Kay Kay Menon also doesn’t get a lot of meat in this role but Remo seems to go to him for the evil roles. Nathan Jones, who recently appeared in the cult Mad Max Fury Road, is very good. He makes for a good supervillain. If only he was given more to work with.

Conclusion: A Flying Jatt is a film that should be enjoyed by the section of the population whose mental age is less than 13. Kids will certainly enjoy the humour and the action but their parents will scratch their heads in dismay for deciding to be parents. A Flying Jatt is a movie that could be overlooked if you have other impending important matters this week. If you really have nothing to do, watch the dubbed versions of recent Hollywood superhero movies.