The first glimpse into Ajay Devgn’s upcoming film ‘Sons Of Sardaar’, previously scheduled to release in theatres during Diwali next year, is out.

The magnum-opus will be made on a massive scale and the production standards will match international action-thrillers.

The film is based on the battle of Saragarhi, which was fought before the Tirah Campaign on 12 September 1897 between British Indian Army and Afghan Orakzai tribesmen. It occurred in the North-West Frontier Province (now in Pakistan).

The British Indian contingent comprised 21 Sikhs of the 36th Sikhs (now the 4th Battalion of the Sikh Regiment), who were stationed at an army post attacked by around 10,000 Afghans. The Sikhs, led by Havildar Ishar Singh (likely to be played by Ajay Devgn), chose to fight to the death, in what is considered by some military historians as one of history’s great last-stands.

The Battle of Saragarhi is one of eight stories of collective bravery published by UNESCO. It has been mentioned as one of the five most significant events of its kind in the world which includes the Battle of Thermopylae associated with the heroic stand of a small Greek force against the mighty Persian Army of Xerxes I in 480 B.C.

Ajay has a interesting lineup of upcoming films which includes his ambitious directorial venture ‘Shivaay’ and his reunion with Milan Luthria and Emraan Hashmi in ‘Baadshaho’.

‘Sons of Sardaar’ doesn’t have a release date, as Ajay’s ‘Golmaal 4’ is scheduled to release during Diwali next year. 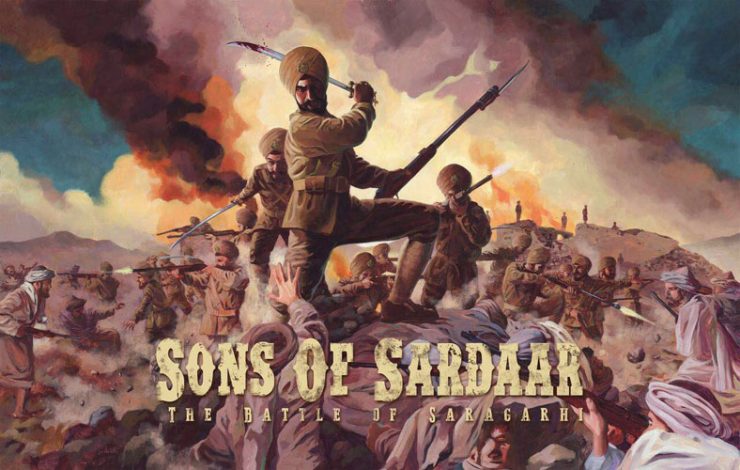