The makers of the much awaited English Vinglish have just released the official poster of the film, giving the audience a first glimpse into the movie. The film marks the comeback of legendary actress Sridevi, who returns to play the lead after 14 long years.

Sridevi ruled Bollywood for more than a decade with classic films like Mr India, Sadma, Chandni, Chaalbaaz and Lamhe. Her last movie was Judaai way back in 1997. She married Boney Kapoor in 1996 and settled down to raise a family.

In between she made appearances on television in Sahara’s Malini Iyer (2004-2005), Jeena Isi Ka Naam Hai for Karishma Kapoor and as a judge for TV show Kaboom. Sridevi was also seen on Salman Khan’s Dus Ka Dum.

Back to her comeback film, English Vinglish is produced by R Balki, whose last two films as a director – Cheeni Kum and Paa – was critically acclaimed and did well at the box-office too. The movie is directed by debutant Gauri Shinde.

How do you like Sridevi’s look in English Vinglish? Tell us in the comments section below 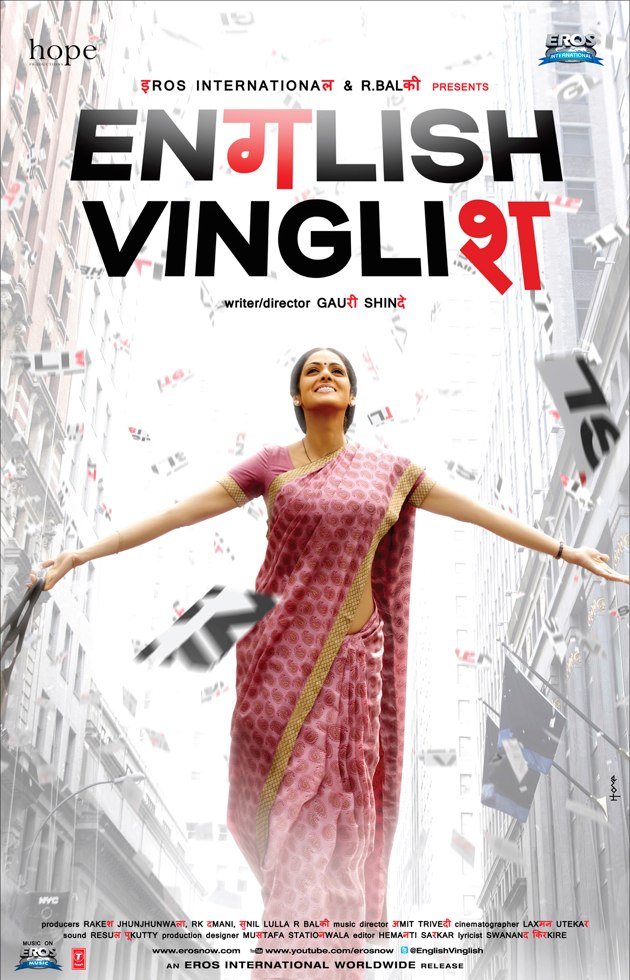