A year after Dhoom 3, Aamir Khan has once again taken the box office by storm with his latest release PK. The film has not only performed well at the domestic box-office, but has also opened to outstanding numbers overseas.

There was a time, not too long ago, when Salman was the king in India, while Shahrukh Khan ruled overseas. But with Dhoom 3 and PK, Aamir has taken it to a different level altogether – what with the trade talking about his Ghajini and 3 Idiots days. 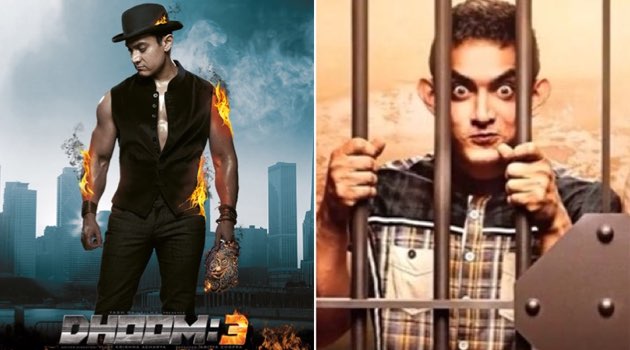 Aamir has also been responsible for giving the industry every landmark – he was the founder of the 100 crore club, 200 crore club and now PK looks set to cross 300 crore at the box office. If 3 Idiots was the first to cross 150 crore, Dhoom 3 was the first film to do 250.

It will be interesting to follow the day-wise comparison between Dhoom 3 and PK, because, if the Rajkumar Hirani film has to cross the 300 crore mark, it has to trend better than Dhoom 3.