More rumours.. this time it’s a biggie! A source close to Salman Khan’s Dabangg 2 unit says, the film could be postponed to March 2013.

While the news is yet to be officially confirmed, it does make a lot of sense. Prior to EID, director Arbaaz Khan had said “Dabangg 2 is almost 60 percent complete, we resume shoot after the promotion and release of Ek Tha Tiger”.

Now, with less than 4 months to go for Christmas, and about half the shooting schedule remaining, the makers would be battling against time. If they set aside 30-45 days for post-production and marketing, they would be left with just about 2 months to wrap up the shoot. 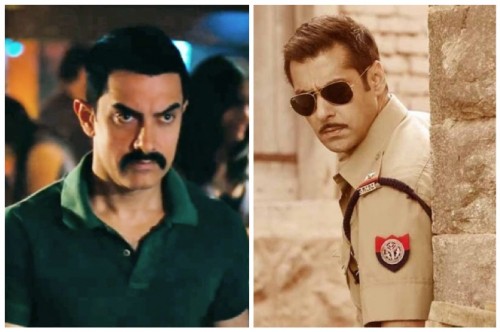 Considering the fact that the month of December is cramped with biggies, it only makes sense for Talaash to be postponed to Christmas. Currently scheduled for release on November 30th, the Aamir Khan starrer will face competition from Akshay Kumar’s Khiladi 786, which is locked for release a week later on December 7th.

Again, IF the news is true, the following would be the ideal scenario for the industry

Although Ajay Devgan has always been keen on releasing Son of Sardar for Diwali, he’d be better off avoiding the clash and releasing his film a week later. Both his film and Yash Chopra’s next will have solo-releases.

Do tell us what you think!