Not many are aware that Alia made her debut as a child artist way back in 1999 with Sangharsh (Akshay Kumar, Preity Zinta) where she played the younger Preet Oberoi (grown up character played by Preity).

Her debut film Student Of The Year was a huge success, as the film collected Rs 71 crore nett at the domestic box office.

The magazine calls her ‘Bollywood sweetheart’.. Alia Bhatt on the cover of Grazia for December 2012. Have a look! 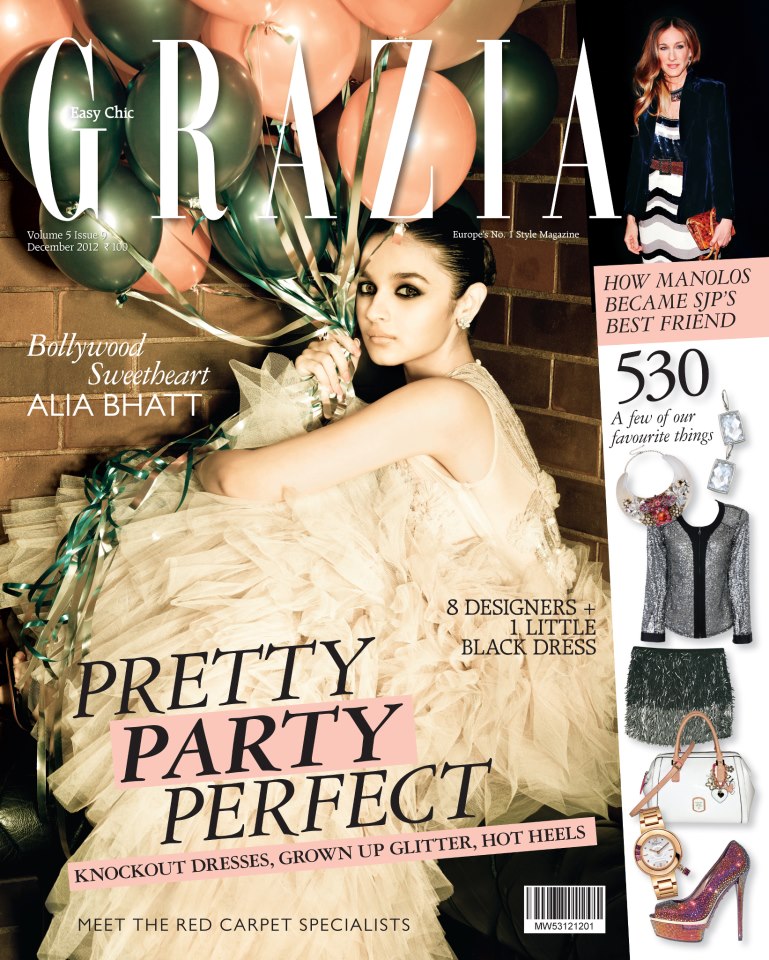 Alia Bhatt on the cover of Grazia – December 2012