Without naming anyone, Akshay in an interview said “Despite practising all my life for 32 years, I still don’t have more than 6 pack abs. You need to be patient, you need to experience your muscle growth. Now they just want to pump up their muscles in three months. That cannot be done without resorting to many artificial and harmful things.”

The superstar also went on to say that people who smoke cannot have ripped physiques “If you smoke, your lungs go for a toss. What do you require in a workout? You require stamina. And if you smoke, you will not have stamina as well as you destroy your lungs forever. I get shocked when I see bodybuilders who are smokers. It tells me what a shortcut body they have made and how they have made it. I have never smoked in my life.” (article continued after the image) 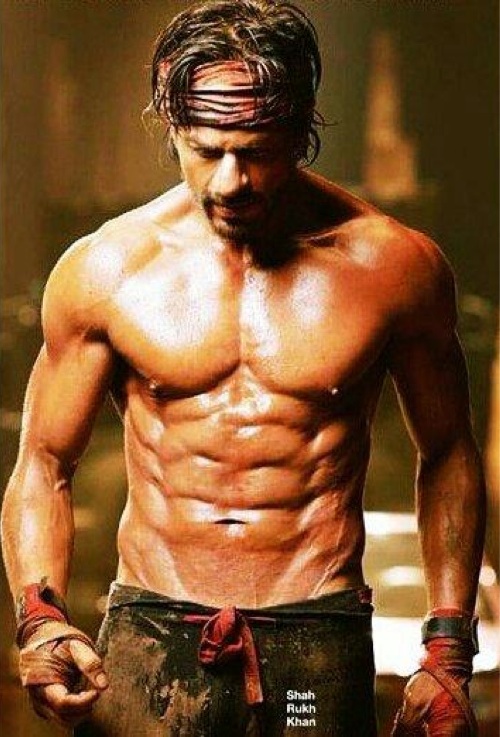 When asked about the best techniques to acquire a 8-pack physique, Akshay said “If I need to build 8 packs, I will need to leave my job and concentrate on only building my body and work out for four hours everyday for three years and controlling my diet, otherwise it is not possible. If you have 8 packs any other way, it means that you have taken shit in your body, be it through supplements, muscle enhancers, recovery shakes or growth hormone shots. It means that you have become bigger, stronger, faster in the most harmful way imaginable. I repeat, it is going to harm a lot of people. I hope people read this, trust it and go the natural way. I have never had more than 6 packs. I don’t get them. I know training is hard, muscles hurt and goals take longer to reach, but when you are training naturally that is the best way. You have to understand that.”

Ajay Devgn too has rubbished the idea of 8-pack abs saying “I believe six-pack and eight-pack abs make you weak. They look nice, but they can make you physically weak. I believe you should be muscular and fit. I don’t want to promote eight-pack abs”