With Action Jackson now behind him, Ajay Devgn has started working on his upcoming directorial venture ‘Shivaay’. The genre of the film is action drama and the script is original.  The actor has already started working on the look of his film.

“I am working out a new look for Shivaay, but I don’t know whether this look will be there or not. I am just growing the beard right now because I am lazy. But yes I will have a new look in the film” Ajay told reporters.

“I want to give all the time to Shivaay. Hence from December 8, I will be busy with it for the next 6 – 8 months. There’s a new girl along with me in my home production. The genre of the film is action drama. It’s not a remake. We will begin shooting in February next year”

Dilip Kumar and Saira Banu’s grand niece, Sayesha, has been cast to play the female lead. 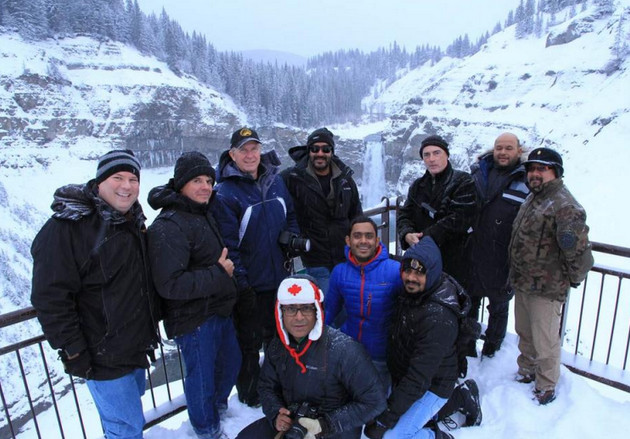 Ajay Devgn on the sets of Shivaay