Riteish Deshmukh and Genelia Deshmukh’s new-born baby boy has been named ‘RIAAN RITEISH DESHMUKH’. The couple, along with their family members, held a naming ceremony on Saturday.

Genelia tweeted “Blessed to have the entire family under one roof – for the ‘Barsa’ (naming ceremony) of my lil one.”

Proud father Riteish Deshmukh shared a picture of his son on Twitter. 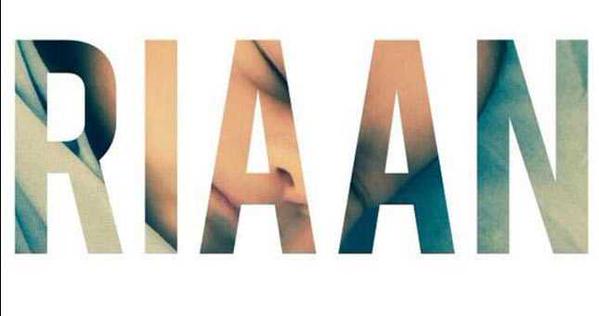