The teaser of Akshay Kumar’s Airlift has received more than 5 million views in less than a week after it was released on Youtube and Facebook.

More importantly, the teaser of the film has made it super hot in trade. Even the like vs dislike ratio is excellent, as the teaser on Youtube has received 39,073 likes vs 1,158 dislikes.

Akshay returns to the silver screen 4 months after ‘Singh Is Bling’. Airlift releases in theatres on 22nd January 2016. 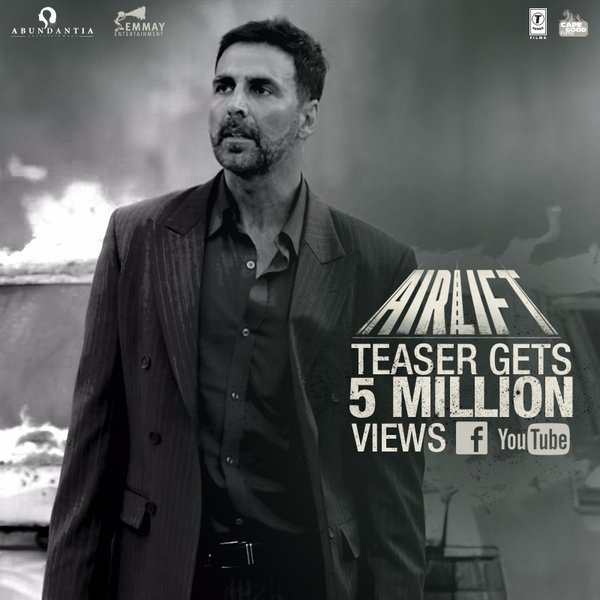