The curiosity around Tubelight is increasing with each passing day. After a new ‘innocent’ looking stills, Salman has released a new poster counting down to 4 days for the release of the Tubelight teaser.

One of the two characters in the poster is Salman.. is the other Sohail Khan? The actor was previously spotted on the sets wearing a police uniform. 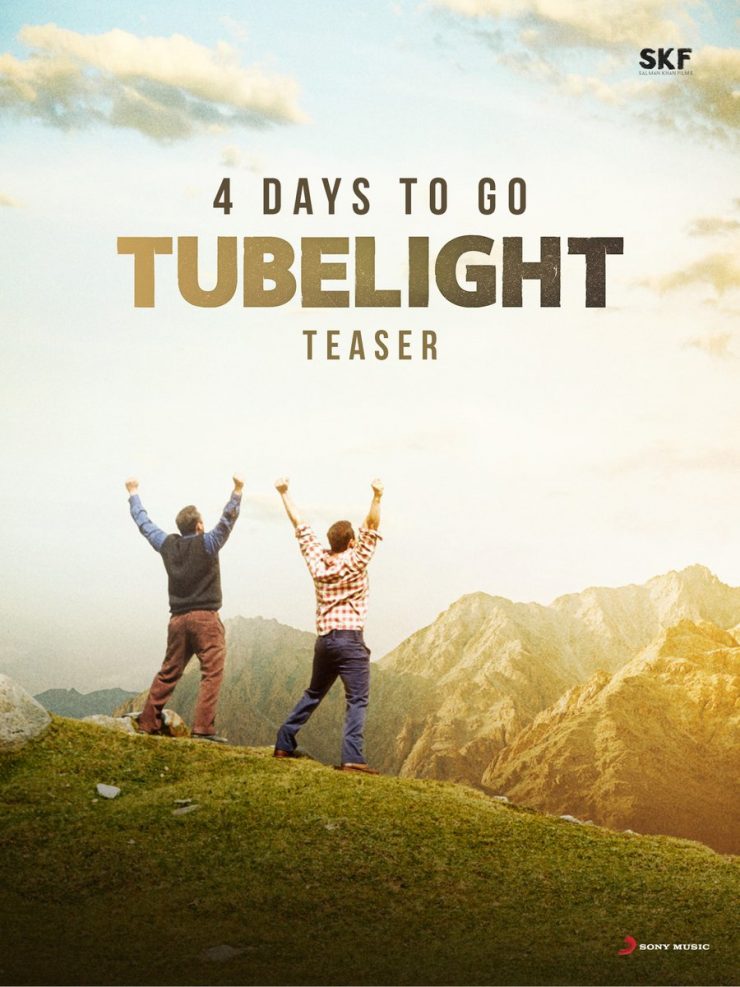