An interesting trend is building up. While Shahrukh Khan features in the legendary Yash Chopra’s ‘Jab Tak Jai Jaan’, there are quite a few stars out there who are happy to collaborate with directors who have made just one film in the past. Next six months (October to March) would decide how far these filmmakers go from here. 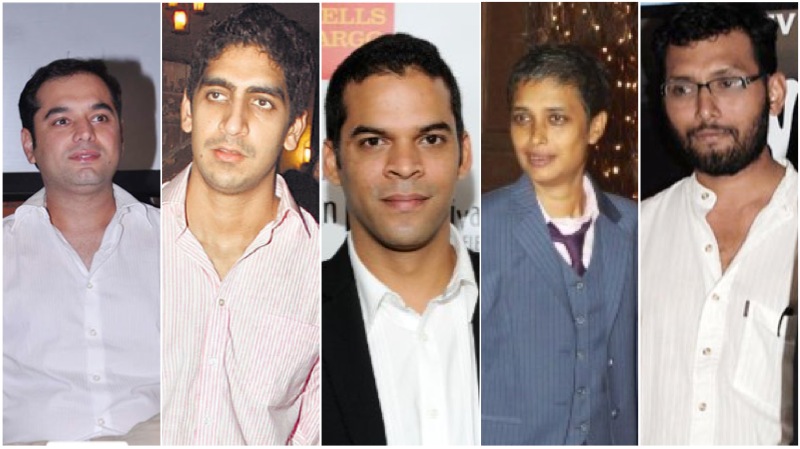 ‘Honeymoon Travels Pvt. Ltd.’ was as quirky as it gets. 2007 was also the year when movies based on multiple characters was pretty much in vogue. First time director Reema Kagti had brought her own grammar to the fore with this film which didn’t boast of any star per se. However with Aamir Khan no less in her murder mystery suspense thriller ‘Talaash’, her ‘talaash’ to collaborate with a superstar has pretty much come to an end.

Akshay Kumar with Neeraj Pandey in ‘Special Chabbis’ (after ‘A Wednesday’)

Despite being stuck in the cans for some time, on its release ‘A Wednesday’ had created quite some stir. A core word of mouth film, it had scored well with critics as well as audience. However four years passed by and it was nothing less than an agonising wait for a promising Neeraj Pandey. Akshay Kumar, who is pretty much holding the record for working with fresh talent, has taken Pandey under his wings for yet another thriller that goes by the name of ‘Special Chabbis’.

Ranveer Singh with Vikramaditya Motwane in ‘Lootera’ (after ‘Udaan’)

On its release, ‘Udaan’ was clearly the most acclaimed film of the year. Pity though that in theatres, it was hardly seen by many. The film got much more popular on the DVD circuit and thankfully director Vikramaditya Motwane didn’t have to wait for much longer to kick-start his second film. Ekta Kapoor has shown good trust in him and with Ranveer Singh taking a step out of Yash Raj Films, this one is an interesting film in the offering.

There were no eyebrows raised when after ‘Wake Up Sid’, it was a given that producer Karan Johar would bring the film’s director and lead protagonist together for another outing. ‘Yeh Jawaani Hai Deewani’ appears to be a fun outing in the offering and also promises a far more glamorous and chic world after some realistic setting that Ayan and Ranbir had opted for in their earlier collaboration.

She did an item number in his debut film ‘Main Aur Mrs. Khanna’ which was a box office debacle. However when she decided to debut as a producer with ‘Ishqk In Paris’ and also re-launch herself, Preity Zinta didn’t hunt much further and pronto roped in Prem Raj. The film is crucial for both of them and it is expected that it would lead to a new innings for the duo.