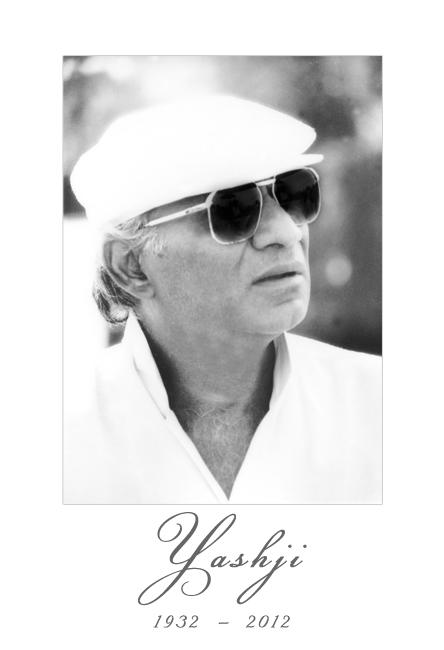 My earliest memory of Yashji dates back to 1988. I was a young boy barely entering his 12th year and the sole reason for me to watch ‘Vijay’, one of his lesser known movies, was to check out this stunner called Sonam. Word in the town was that she was appearing in an itsy-bitsy two piece red coloured bikini. For someone entering puberty, it was a good enough reason for me to rent the VHS tape. What I ended up seeing was a sequence that turned out to be a good bargain indeed.

Today, in hindsight, it is a clear cut compromise that Yashji had to make in an industry where entertainment had shrunk from chiffons to bikinis.

Yes, that was the time when youngsters like me were totally unaware of the fact that the man responsible for this red bikini is the same guy who once made classics like ‘Deewaar’ and ‘Ittefaq’, both being high-on-drama affairs. Soon after ‘Vijay’ came ‘Chandni’ and it seemed like a ‘momma-sis’ film to me which just didn’t belong to my territory. I remember my (much elder) cousin sisters drooling over Anil Kapoor’s look and confused love for Sridevi in ‘Lamhe’ and even though ‘Parampara’, despite starring Aamir Khan and Saif Ali Khan, didn’t excite me either, the magic happened when ‘Darr’ hit the screens.

I, and many other 16 year olds like me, were totally bought in by the concept of this violent love that Shahrukh demonstrated in Yashji’s direction. ‘Maar s**le ko, kill Sunil (Sunny Deol)’, we all screamed while supporting Shahrukh, even though we knew pretty well in heart that it was near to impossible for that to happen, especially with ‘paaji’ stepping into the film straight out of an action packed ‘Ghayal’.

Rahul died, but his ‘Kkkkk Kiran’ lived on. And so were born lakhs of new fans who now realised what Yashji was made of!

He went slow after that, concentrating a lot on his production and setting up base for Aditya Chopra to take over, but as a teenager, it was time to know more about why he was considered as a legend no less.

‘Waqt’, ‘Daag’, ‘Trishul’, ‘Kaala Patthar’ and ‘Mashaal’ (all seen on VCDs or VHS tapes) later, I had got my answer. Okay, so back then ‘Silsila’ and ‘Kabhi Kabhi’, were a little too poetic for my taste, but I do regret the fact that his earlier films, ‘Dhool Ka Phool’ and ‘Dharmputra’, have never been available on DVDs.

Guess one day I would be able to lay hands on them, and also Dev Anand saab’s ‘Joshila’, and would then proudly say that I own his entire collection.

Any DVD company out there willing to take an initiative and release the entire Yash Chopra collection? Perhaps Aditya himself could step out soon after the release of ‘Jab Tak Hai Jaan’ and ensure that the legacy of Yash Chopra lives on!