Arpita Khan tied the knot with Ayush Sharma at a lavish wedding ceremony at the Taj Falaknuma Palace in Hyderabad on Tuesday. Arpita was dating Ayush for over a year, after which they finally decide to get married. (Wedding photos have been published below)

Earlier today, the city of Hyderabad was witness to the star power of Salman Khan as thousands of people gathered on the streets to catch a glimpse of the superstar.

Arpita is the adopted daughter of Salim Khan. Some reports suggest that Arpita’s mother had died on a footpath leaving the child alone. While some articles claim that it was his first wife (Salma) who adopted her, others claim that it was Helen who had picked up a crying Arpita from the street, when she was a baby and later adopted her.

Salman has always been close to Arpita. The entire khan family is extremely fond of her and whenever a Salman Khan film is up for release, Arpita is the most excited family member. No wonder then that Salman is gifting Arpita a 16 crore apartment which is minutes away from his Galaxy Apartments in Mumbai.

On behalf of our readers and our team, we wish Arpita and Ayush a very happy married life.

All the Arpita Khan Wedding Photos will be posted on this page. Keep refreshing for the latest marriage photos!

Update: Two new photos added. Aamir Khan was present at the wedding and one more pic of Salim Khan and Salman Khan blessing Arpita and Ayush. Have a look. 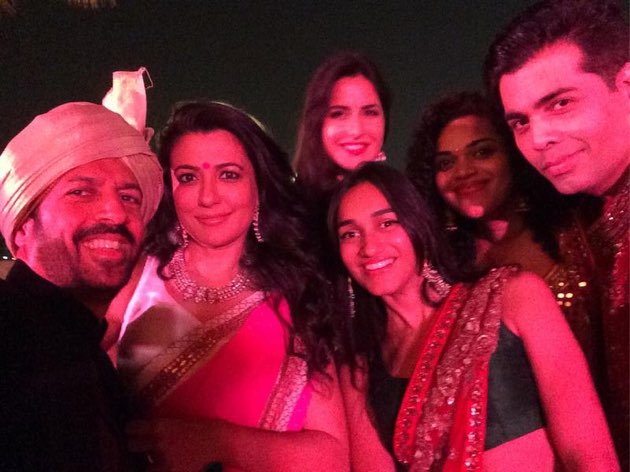 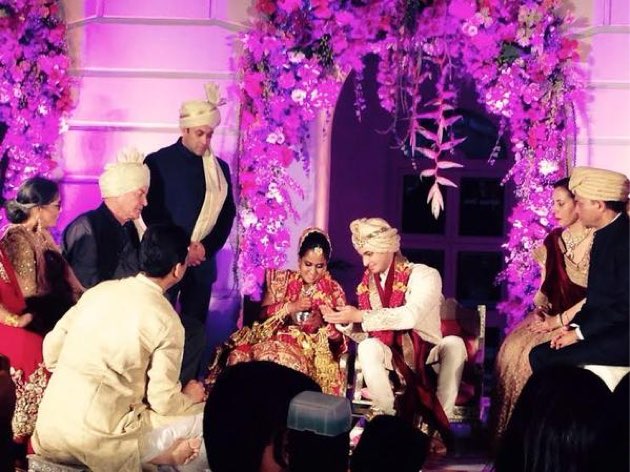 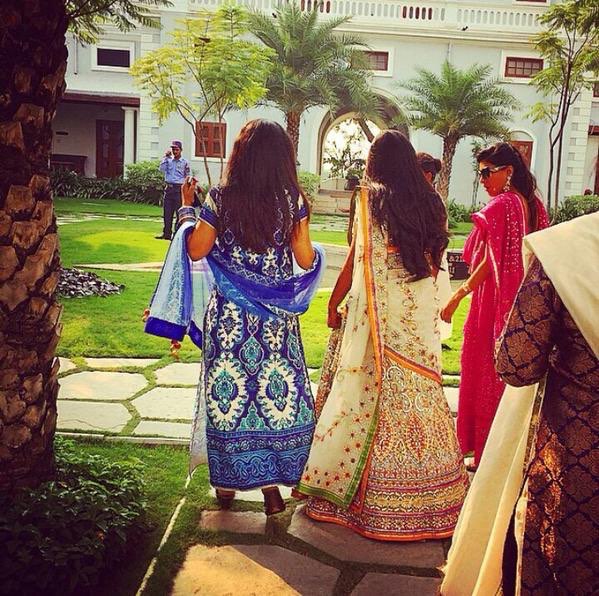 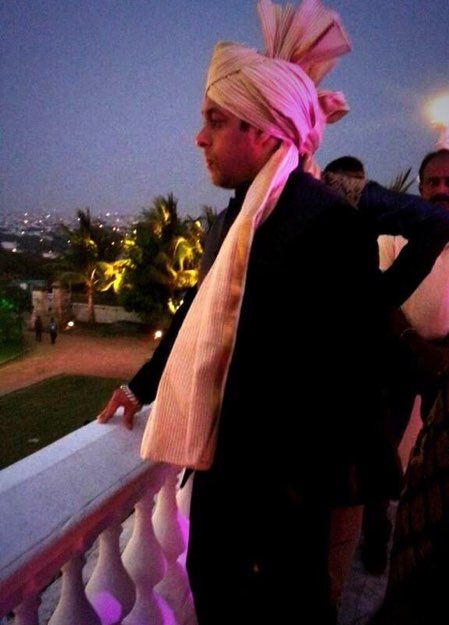 The superstar himself: Salman Khan at Arpita Khan Wedding 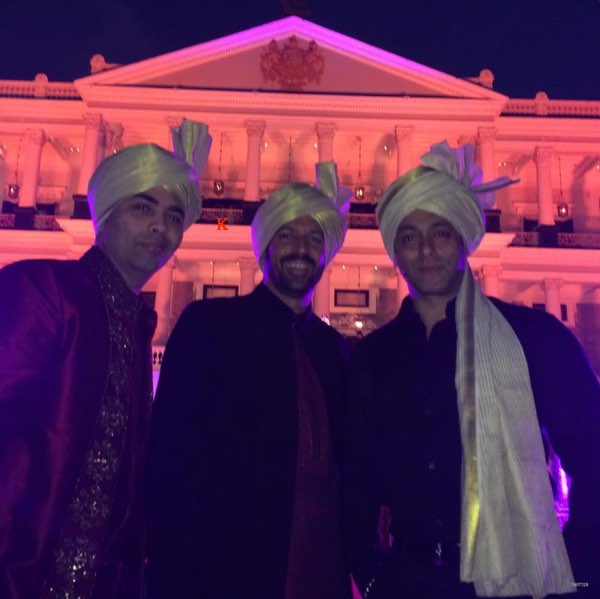 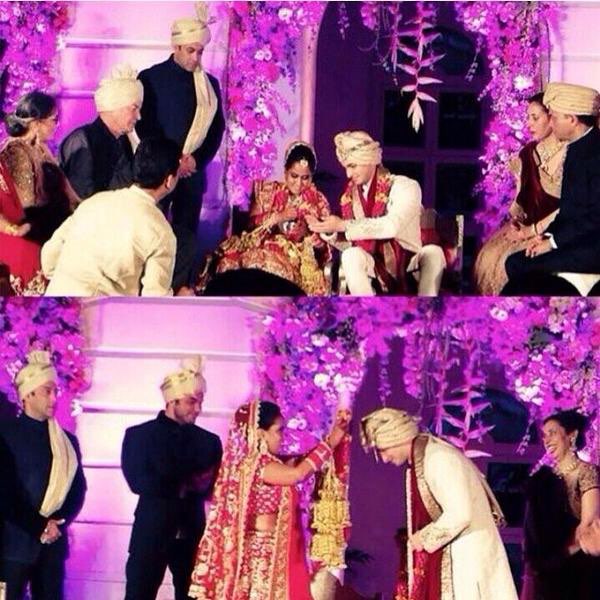 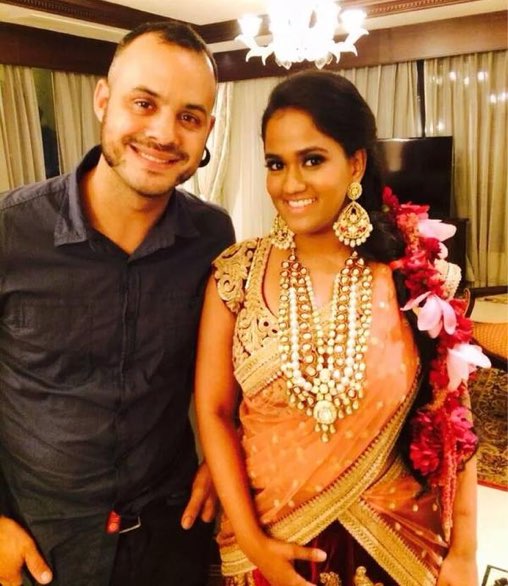 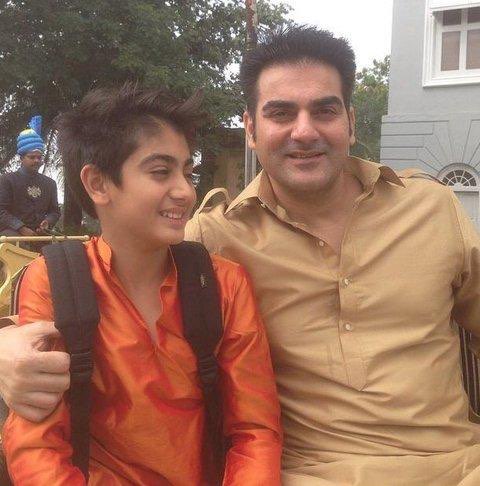 Arbaaz Khan with his son at Arpita Wedding: Photo 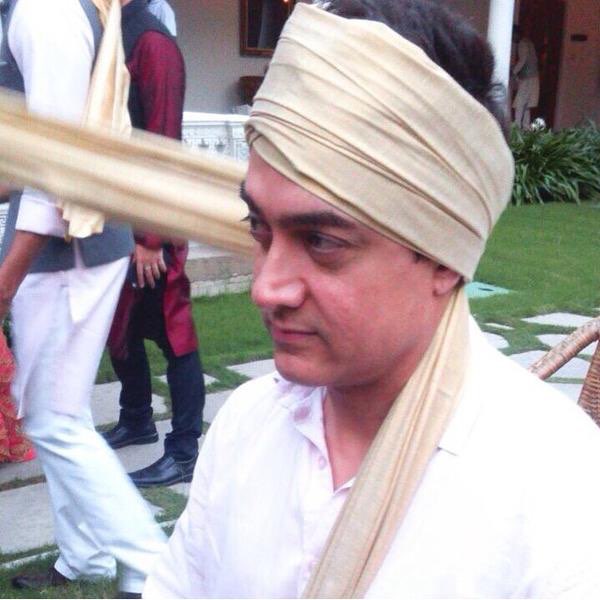 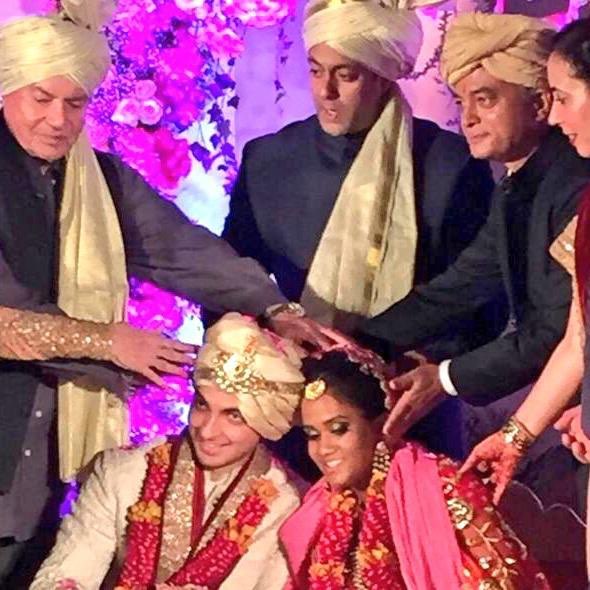