Varun Dhawan, Kriti Sanon and choreographer Remo D’Sousa have returned to Mumbai from Bulgaria, after shooting for their song which is expected to be titled ‘Lut Gaya Pyaar Mein’.

A part of the song, which was shot on the streets of Bulgaria, is out on the internet.

Varun is seen romancing Kriti, who looks stunning in a lime-green dress.

Doesn't this worth wait ? RT! If you are loving it… Dilwale song shooting in Bulgaria. pic.twitter.com/5ORLaMruUa

"@sheetal_dhawan:@AjayeSrkian:Video:@Varun_dvn and @kritisanon shooting a song for #Dilwale pic.twitter.com/5fr4mgZx1t'' Omg! This is so good! 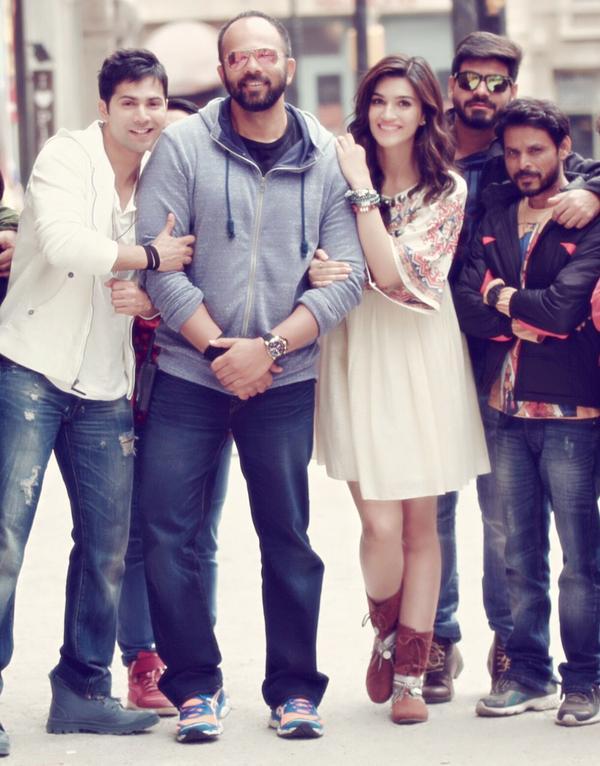 Varun Dhawan, Rohit Shetty and Kriti Sanon on the sets of Dilwale