They say it’s a male dominated world and Bollywood is definitely not an exception. Male superstars have always called the shots in the Hindi Movie Industry but nevertheless female actors used to be a force to reckon with. The craze and following for actresses was at par, if not more, than their male counterparts of that era. But over the years, the superstardom of female actors has shown a consistent downhill trend.

Starting from the 80s, we have bracketed the female superstars into 5 groups categorized based on their active years and have analyzed their level and sustainability of success. Surprisingly, with the all the PR machinery and media hype in place in today’s time, the order of stardom is also the same which strengthens the point we are trying to highlight. Here it goes: 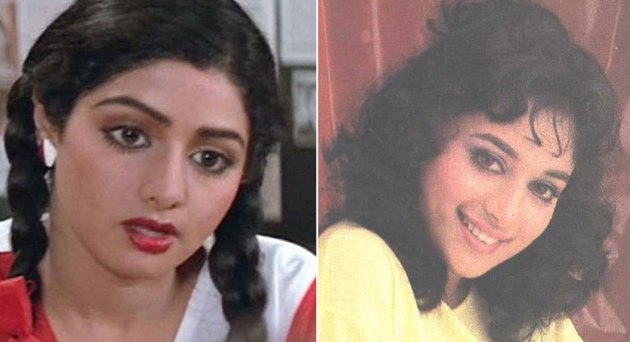 1. Sridevi and Madhuri Dixit (10/10): Carrying forward the legacy of Hema Malini (probably the only leading lady to single-handedly dominate the industry during her time) the Sridevi and Madhuri Dixit combo dominated the industry for around 2 decades which is a phenomenal achievement in itself. While Sridevi’s peak period was during the second half of 80s, Madhuri touched the pinnacle of success in the first half of 90s. Even the likes of Sunny Deol and Rajinikanth played supporting roles in 1989 blockbuster ‘Chaalbaaz’ which rode on Sridevi’s magnetic charisma alone. Such was the phenomenal stardom of Madhuri Dixit that all the leading distributors renamed the 1995 blockbuster ‘Raja’ to ‘Rani’, as the movie was heavily panned by critics but still became a huge success due to Madhuri’s starpower. Both of them individually starred in some of the classic movies of Indian Cinema like ‘Mr. India’, ‘Chandni’, ‘Hum Aapke Hain Kaun’ and ‘Saajan’ to name a few. The space here is too less to mention the achievements of these 2 legendary female actors. 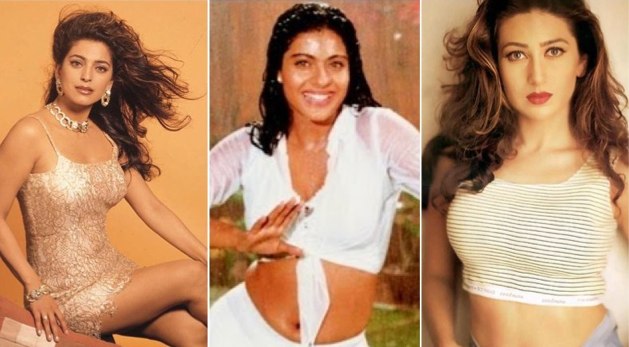 2. Juhi Chawla, Kajol and Karishma Kapoor (8/10): Kajol emerged as the most successful lady of this group with a string of super hit movies like ‘Dilwale Dulhania Le Jayenge’, ‘Ishq’, ‘Pyaar Kiya To Darna Kya’, ‘Kuch Kuch Hota Hai’, ‘Kabhi Khushi Kabhi Gham’ and many more. When she left movies for marriage, Kajol was at the peak of her career. Karishma Kapoor, who was labeled as the mass heroine given her superhit association with Govinda-David Dhawan, entered the big league with ‘Raja Hindustani’, ‘Dil To Pagal Hai’ and ‘Biwi No.1’ opposite the mega Khans. Juhi Chawla formed the leading trio of actresses along with Madhuri and Sridevi in the early 90s. She was phenomenal in movies like ‘Darr’, ‘Hum Hain Rahi Pyaar Ke’, ‘Bol Radha Bol’ and ‘Ishq’. 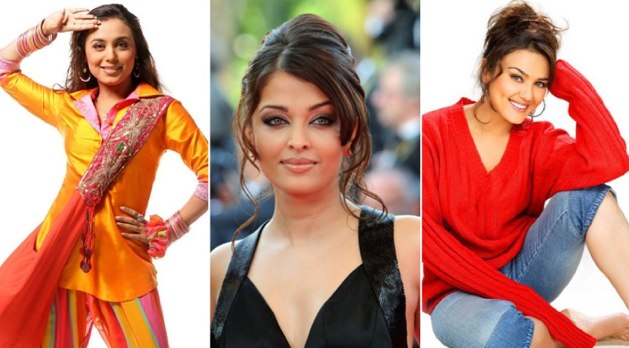 3. Aishwarya Rai, Rani Mukerji and Preity Zinta (8/10): Aishwarya Rai showed a lot of promise with back to back hits ‘Hum Dil De Chuke Sanam’ and ‘Taal’ in 1999. She is considered as one of the most stunning female actors to have appeared on the silver screen. She later proved her versatility with Devdas, Dhoom 2 and Jodha Akbar. Rani and Preity started around the same time in 1998 and during 2001-2005, their stardom peaked with movies like ‘Saathiya’, ‘Chalte Chalte’, ‘Bunty and Babli’, ‘Black’, ‘Hum Tum’, ‘Kal Ho Naa Ho’, ‘Veer Zaara’, ‘Dil Chahta Hai’, ‘Koi Mil Gaya’ and ‘Salaam Namaste’. After 2005, it has been a tough ride for both of them, even as Aishwarya has taken a sabbatical post her marriage to Abhishek Bachchan. 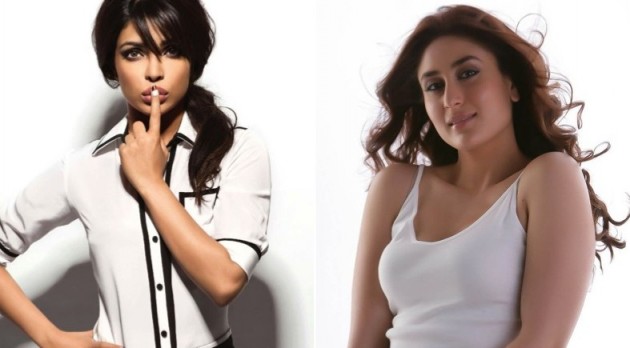 4. Priyanka Chopra and Kareena Kapoor (6/10): Priyanka Chopra and Kareena Kapoor established themselves as Bollywood’s topmost actresses in the first decade of the new millennium. They rose to stardom by showcasing their immense talent in movies like ‘Aitraaz’, ‘Fashion’, ‘Barfi’, ‘Jab We Met’, ‘Omkara’ and ‘3 idiots’ to name a few. Both of these actors are currently very much active in the mainstream cinema and can add a few more feathers to their caps, but the shift towards the younger lot will not let it happen easily though. 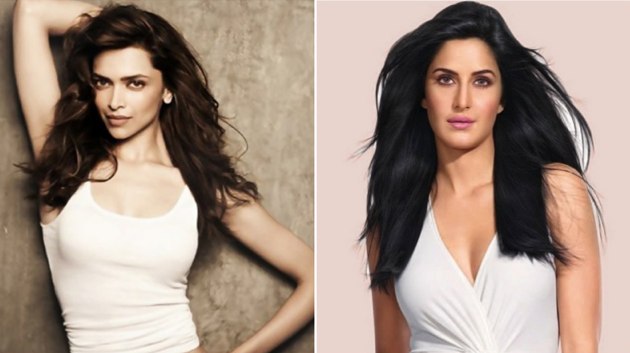 5. Deepika Padukone and Katrina Kaif (7/10): Deepika and Katrina are vying for the top honors in the last few years. Deepika is having clear edge currently thanks to 5 back to back hits in ‘Cocktail’, ‘Race 2’, ‘Yeh Jawaani Hai Deewaani’, ‘Chennai Express’ and ‘Ram Leela’. Katrina is also maintaining an enviable success rate as she has been a part of superhits like ‘Namastey London’, ‘Singh Is King’, ‘Zindagi Na Milegi Dobara’, ‘Ek Tha Tiger’, ‘Mere Brother Ki Dulhan’ and ‘Dhoom 3’.

As it is clear from the above mentioned groups, the reign of female actors is limited and the shelf life is decreasing as the years are passing by. While a Sridevi or a Madhuri was easily the topmost heroine for more than 10 years, it’s slowly getting harder to maintain the top position for even 5 years these days. The story is entirely different as far as the male department goes where Salman, Aamir, Shahrukh, who were the top actors during Sridevi-Madhuri era, are still ruling the roost.

Now the much promising next younger lot, consisting of Anushka Sharma, Sonakshi Sinha, Parineeti Chopra, Shraddha Kapoor, Alia Bhatt and others, have already taken giant leaps. This has left us with many unanswered questions

We are anxious to know your views on the above questions. Please share them in the comments section below. Also, let us know who was the most complete actress (both popularity and talent-wise) since the 1980s.