Some Tamils are upset with the “Wanted” star, who recently visited Sri Lanka to campaign for Rajapaksa, ahead of the presidential election in the island-country.

Security has been increased outside Salman’s Galaxy apartment because of the protest, which began Sunday morning from around 10 a.m.

An official from the Bandra police station told IANS: “Yes, today (Sunday) morning a few police were present for protection at Salman’s residence during the protest and a few people who protested have been detained by the police and their inquiry is going on”.

Salman was present in Sri Lanka along with his “Kick” co-star Jacqueline Fernandez, who is a former Sri Lankan beauty queen. 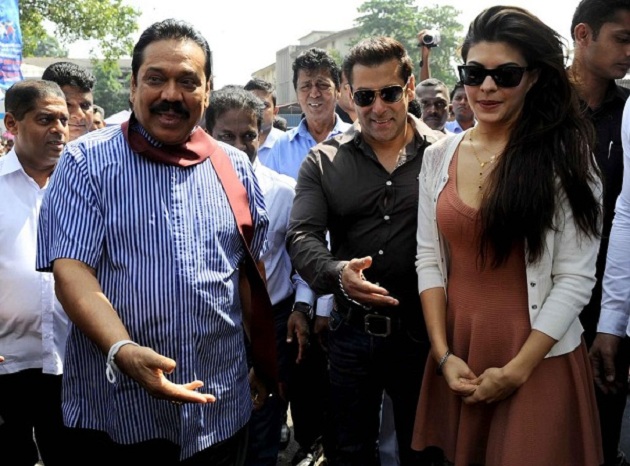