“Look what I got!!! Thaaaank you Shah Rukh Khan. Touched n beyond” Farah Khan tweeted, with a picture of herself with Shahrukh and his gift.

In the past, SRK had gifted her a Hyundai Terracan after the super-success of their first release together ‘Main Hoon Na’ and a Mercedes S350 just before the release of ‘Om Shanti Om’.

Now, even though their latest venture is still on floors, Shahrukh has already sent his gift along.

Sources close to the actor say, he is extremely pleased with the way the film has shaped up and he has also been enjoying the atmosphere on the sets of the film. So happy, that the gift has arrived days before the teaser / trailer launch of the film. 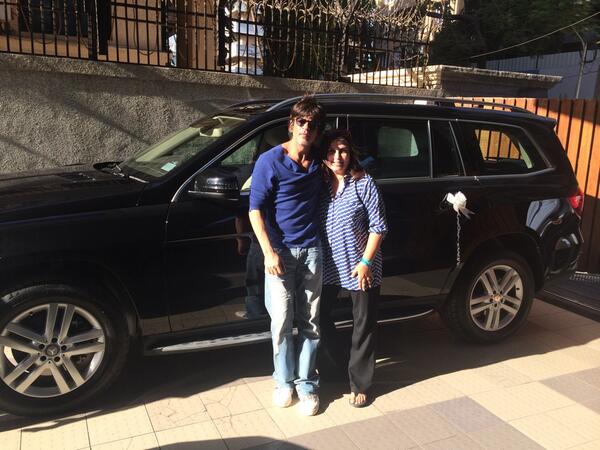