The Gala Dinner of the latest edition of Indian Premiere League was held at the Emirates Palace Hotel in Abu Dhabi on Tuesday.

Like every other year, Bollywood superstar Shahrukh Khan was the centre of attraction on the night before the first match of the IPL.

In a fun segment, SRK conducted a ‘Swayamwar’, where Royal Challengers Bangalore’s captain Virat Kohli was asked to select his potential bride. He was given several choices, but guess who he picked? It was none other than his real-life alleged lady love Anushka Sharma.

Kohli was made to wear her portrait around his neck and Shahrukh, who introduced Anushka to the industry in Aditya Chopra’s Rab Ne Bana Di Jodi, showered the couple with flowers.

Even though Kohli looked a little embarrassed, the two danced on stage to huge cheers from the crowd.

Check out the pictures! 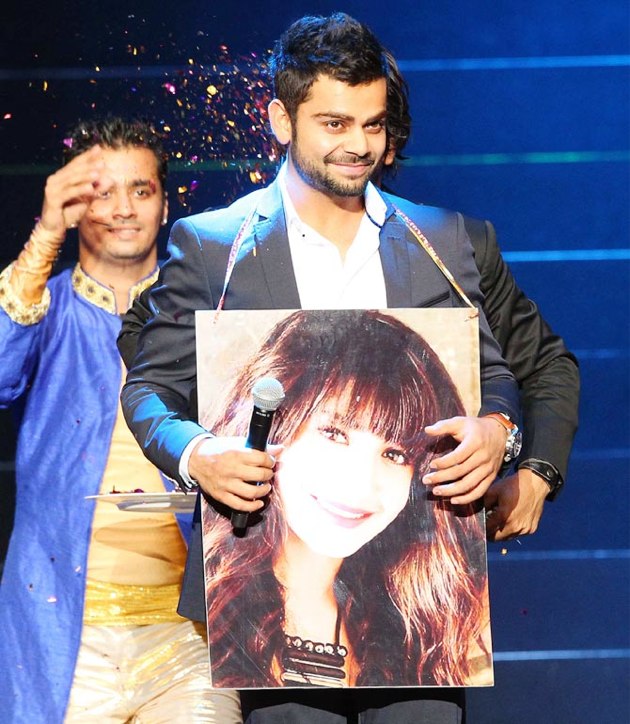 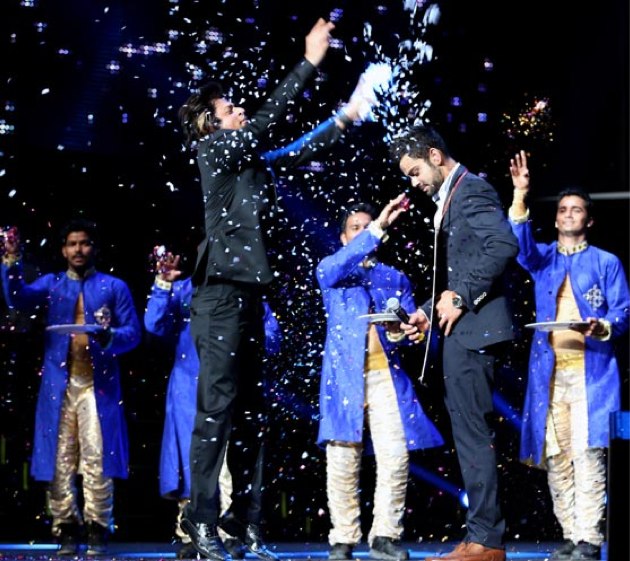 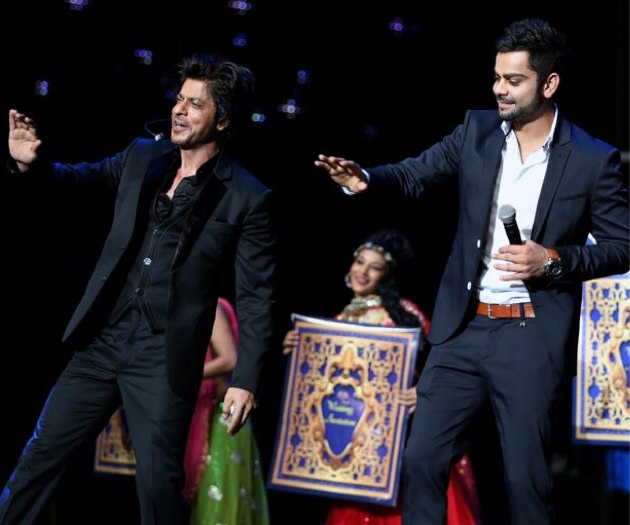