Actress Sonakshi Sinha is featured on the cover of Vogue magazine for the month of May 2015. The actress is seen flaunting her legs in the photoshoot that promises to highlight her ‘curves’.

After the ‘Tevar’ debacle at the very beginning of the year, Sonakshi has been busy shooting for A.R Murugadoss’ female-centric film ‘Akira’. The actress had to shed oodles of weight to perform some difficult action sequences for the film.

In a career that has seen her play the love interest of various top stars in masala films, it’ll be refreshing to see Sonakshi sharing screen space with Konkana Sen Sharma in ‘Akira’, which is a remake of 2011 Tamil film ‘Mouna Guru’.

Check out the cover page of Vogue and one more exclusive photo from the shoot. 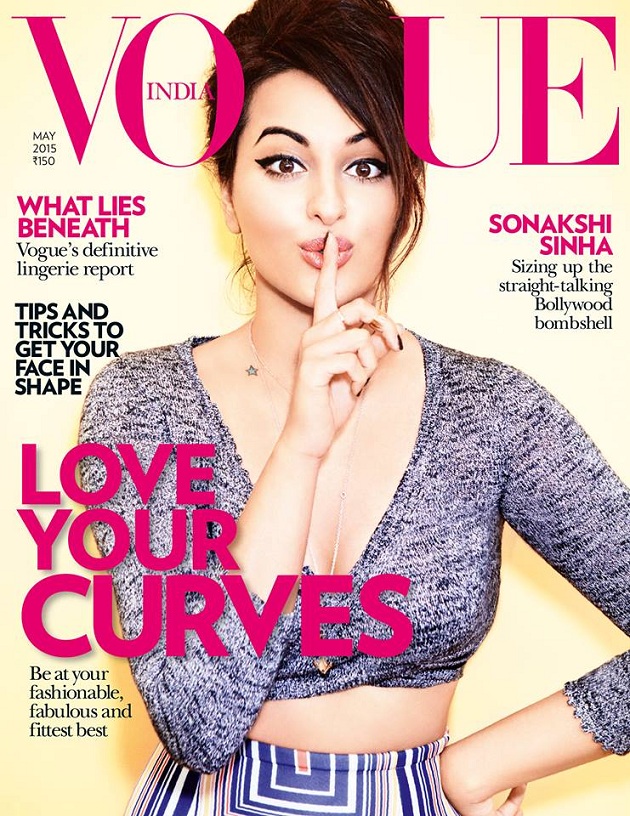