Sonakshi Sinha is featured on the cover of Exhibit magazine for the month of April 2015. Even though she has starred in several films over the past few years, she is still best known for her debut film ‘Dabangg’ starring Salman Khan.

The technology and lifestyle magazine calls her ‘The Dabangg Damsel’.

Earlier this year, Sonakshi was seen in ‘Tevar’, a film that didn’t do well at the box office. She is currently shooting for A.R. Murugadoss’ next film Akira. 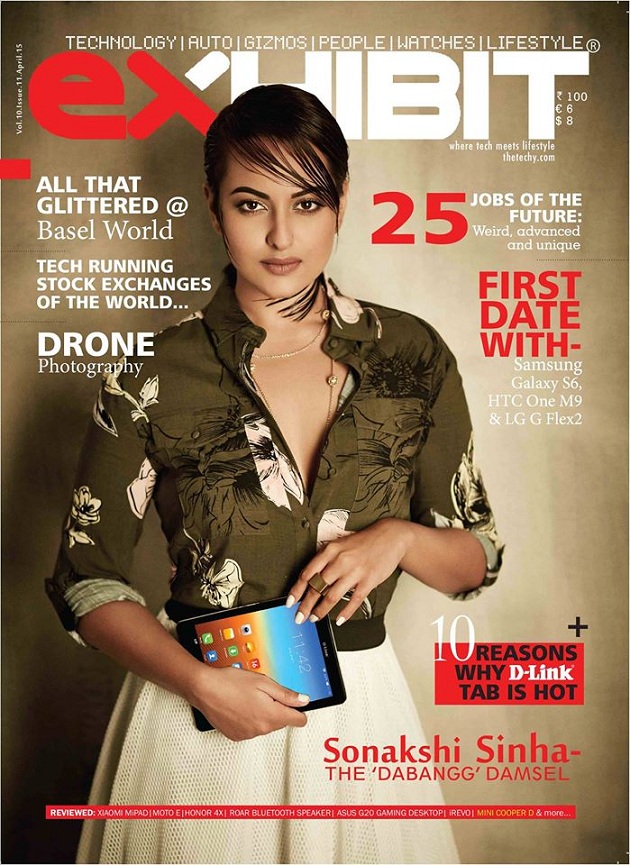