Sonakshi Sinha and Aditya Roy Kapur are featured on the cover of the May 2014 edition of Stardust magazine.

Sonakshi talks about her relationships, the magazine quotes her as saying “I’ve been in a relationship and my family knew about it.”

Meanwhile, Aditya, who is known to be extremely down to earth in real life – he’s been spotted taking rickshaws on the street several times – says he has no choice except to let stardom change him.

Check out the cover. 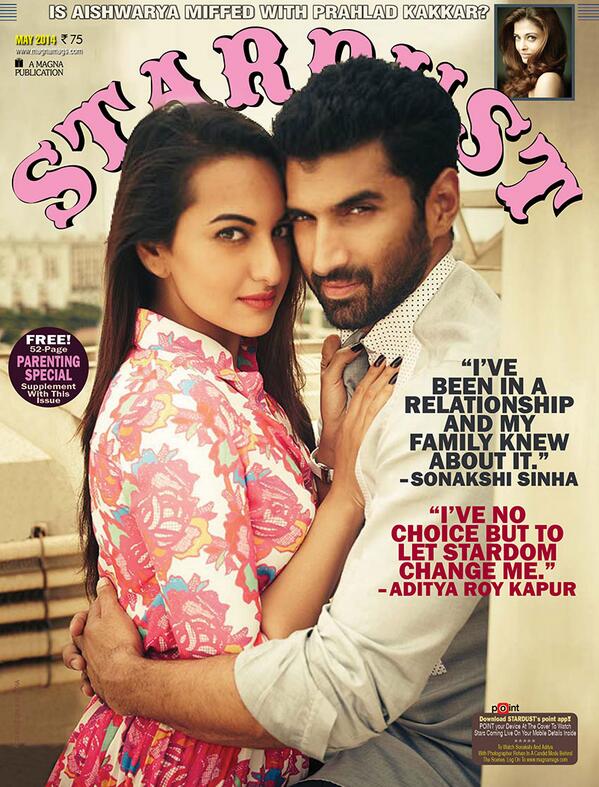