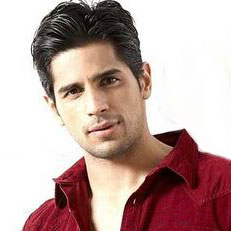 Sidharth Malhotra, who made his debut in Karan Johar’s Student Of The Year, has wrapped up his second film with the production house ‘Hasee Toh Phasee’ which releases in theatres on February 7th 2014.

“We have just finished shooting the whole film last week. So Hasee Toh Phasee is over. Now, I am ready to make people cry and get angry as ‘The Villain’ starts soon” the actor said in an interview.

In Hasee Toh Phasee, Sidharth Malhotra has been cast opposite the Parineeti Chopra. The film is a romantic comedy directed by Vinil Mathew.

‘The Villain’, which is expected to go on floors soon, will feature Sidharth in an entirely new look. He will be playing a negative character for the first time in his career.

“I am getting into a new” role, I will have a different look which we will get into next week. So very excited to start working with Mohit Suri. He is the best guy to bring out the bad in me.” Sidharth said.

“This look will change, we will try something new for ‘The Villain’. Mohit is known for styling his actors very well. He is very much into the look and different clothes. So, hopefully I will have a good character to play in ‘The Villain'” he added.

Produced by Ekta Kapoor, The Villain stars Aashiqui 2 actress Shraddha Kapoor and Riteish Deshmukh. The film in the second half of 2014.