We all know Hrithik Roshan and Shahrukh Khan are good friends off-screen. Infact, when in town, Hrithik and Sussanne are regulars at most parties held at Mannat, SRK’s residence in Bandra.

Over the years, the two have worked together in several films. Apart from playing major roles in Kabhi Khushi Kabhie Gham, SRK agreed to do an item number for Krazzy 4, produced by Rakesh Roshan. Last year, Hrithik made a special appearance in Don 2 and now, SRK is all set to return the favour. 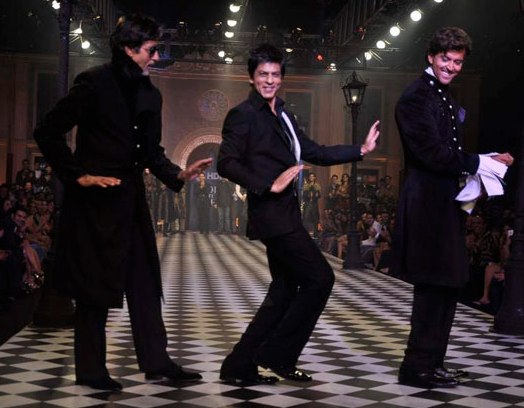 Cannot get bigger than this? 3 Superstars and the iconic step from Kaho Na Pyaar Hai

According to reliable sources, Rakesh Roshan has asked SRK for a small cameo in Krrish 3 and the later has agreed to squeeze time out from his busy schedule, to shoot for the scene in the next few weeks.

Infact, Rakesh Roshan had initially approached SRK to play the negative role in Krrish. But when things didn’t work out, Vivek Oberoi was signed to play the arch-nemesis to Krrish.