Bollywood superstar Shahrukh Khan was spotted shooting for Yash Raj Films ‘FAN’ and while he denies that he plays a 17-year-old in the film, he was spotted wearing what looked like a college bag.

Even though YRF has banned mobile phones from the sets of the film, it’s almost impossible to control leaks while shooting outdoors. Some pictures of Waluscha De Sousa have also leaked out.

YRF has been extremely secretive about the entire project, as sources say, the audience is in for several surprises while watching the film.

Meanwhile, Shahrukh, who had earlier said that he plays a 17 year old in his upcoming film, has posted a clarification on Twitter “Got it! In a generic sense I said I could be 17 years with techno in my next film in context of age centric casts so casting will be character based” he tweeted.

This was probably in response to our Tweet late last night with video evidence “Video of @iamsrk himself saying he plays a 17 year old in his next.. Not sure which film he’s talking about though.” 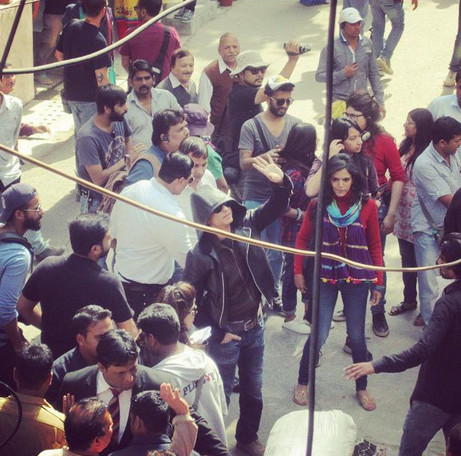 SRK, Waluscha De Sousa on the set of Fan in Delhi Dwarka 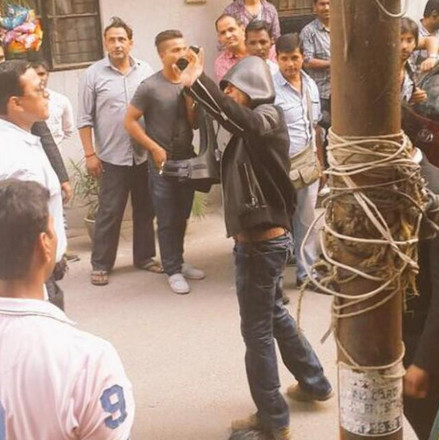 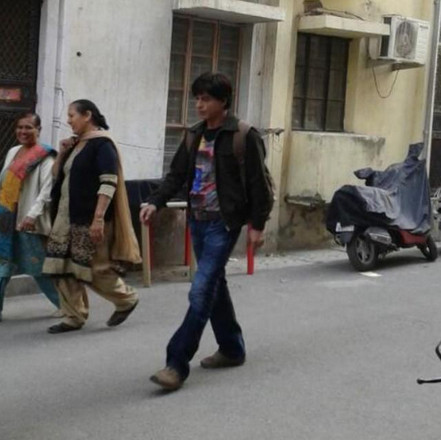 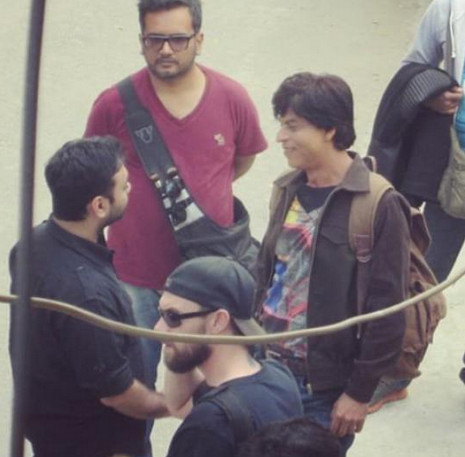