Shahid Kapoor and Preity Zinta are featured on the cover of ‘Masala’ magazine for their vanishing act. The gossip magazine also has inside info on Anushka Sharma and Ranbir Kapoor’s wild night out and Anurag and Kalki’s marital problems! 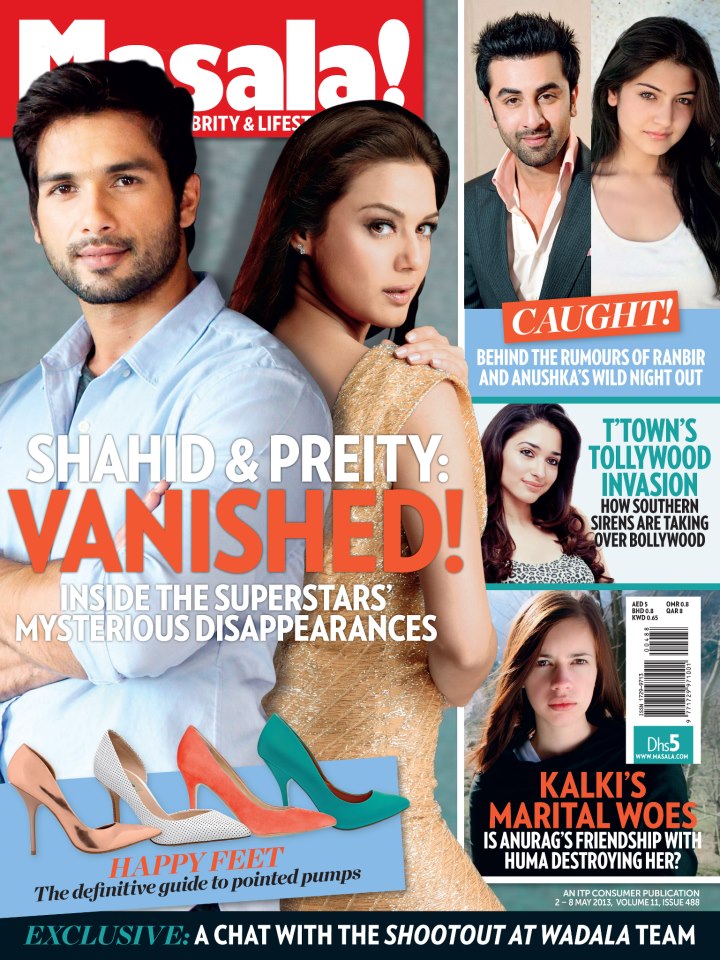