The trailer of Secret Superstar was unveiled by Aamir Khan at an event today.

Before the launch of the trailer, Aamir had tweeted the poster saying, “Hey guys, the Secret Superstar trailer will be out at 6.30/45 pm today. Here is the poster of the film. Love. a.”

Secret Superstar has been directed by Advait Chandan and co-produced by Aamir Khan, Kiran Rao, Zee Studios and Akash Chawla. The film is scheduled to release in theatres during the Diwali weekend.

Zaira Wasim plays a 14-year-old girl named Insia who desires to be a singer much to the chagrin of her dad. She then decides to make her own YouTube channel in which she posts videos of herself singing while covering her face in a burkha. She is discovered by Aamir’s character who is a music director and is impressed by Insia’s musical gift.

Check out the trailer: 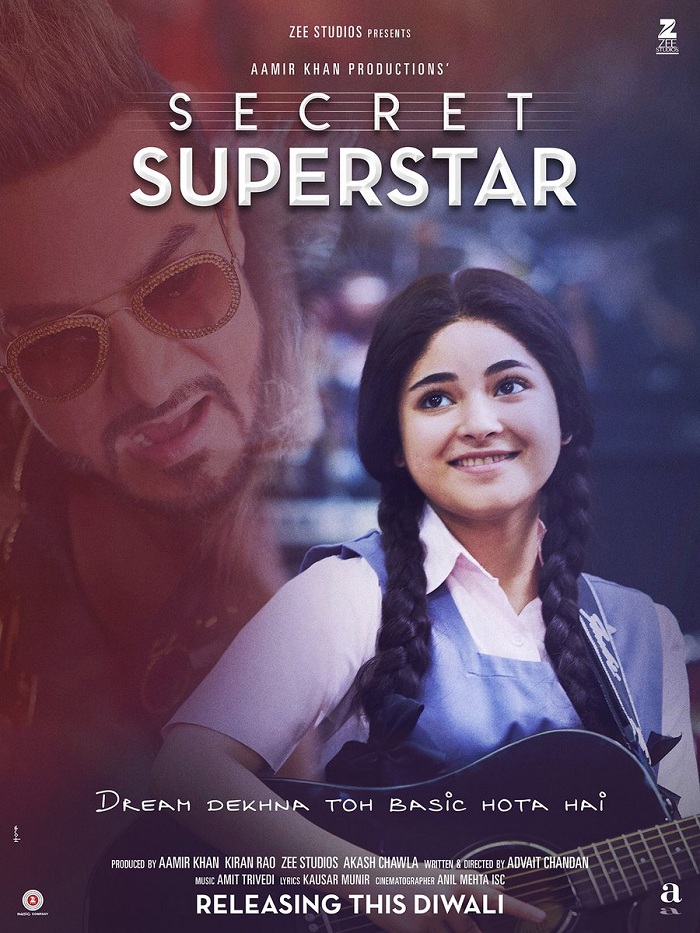