Bollywood superstar Aamir Khan has said his upcoming production ‘Secret Superstar’ and his biggest blockbuster ‘Dangal’ are based on the same topic, that of empowerment of the girl child.

At the trailer launch of the ‘Diwali’ release, Aamir said the film – which revolves around a teenager who dreams of becoming a famous singer –

“Both ‘Dangal’ and this film are based on the same topic… That we look differently at our daughters. And probably we aren’t able to give the same treatment to our daughters as our sons. So, ‘Secret Superstar’ is another film based on empowerment of the girl child,” Aamir said.

“We should make more films for children. This film is for youngsters, but isn’t restricted to an age group. This is a family film… It has a wider scope. When our kids were younger, we used to show them foreign animated films which are only for kids. And that is definitely something we should do.. we don’t make enough films for kids in India” Aamir said.

‘Secret Superstar’ stars Zaira Wasim in the lead. The film releases in theatres during Diwali this year. 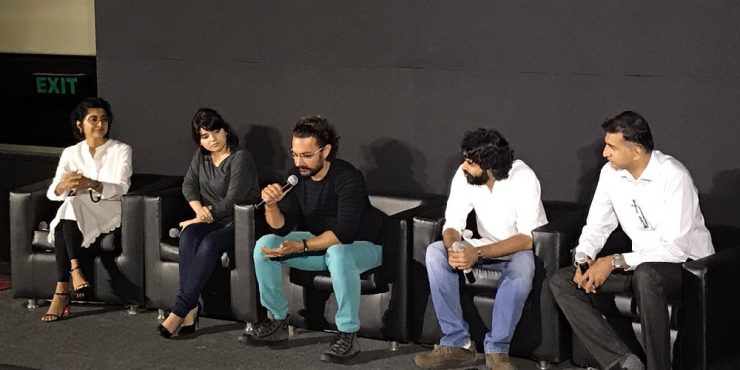