Remaking successful South Indian Hit Masala movies in Hindi has emerged as the easiest formula to huge box office openings and a safe bet for getting the best return on investment these days. The whole idea of remaking a script allows for the story to be adapted into a larger setting and the movie to be marketed to a newer audience.

The super success of Aamir Khan’s ‘Ghajini’ in 2008 triggered an unseen trend of remakes and Salman Khan’s ‘Wanted’ in 2009 further consolidated it.

But the fact is that the influence of South Indian Cinema on Bollywood and vice-versa had always been there. It is only now, largely due to the media, that we are seeing official remakes where makers are openly acknowledging the source of the story.

Salman is probably the most successful Bollywood star today in remaking South Indian movies. Here is the list of 10 best remakes done by Salman Khan in the order of their prominence in his career. 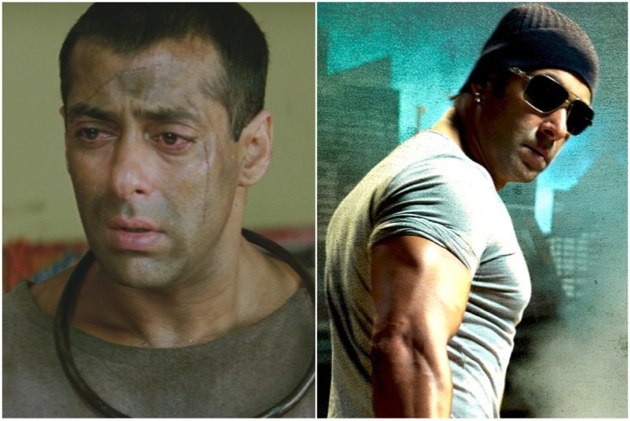 Wanted: This is the movie which is largely responsible for the current euphoria of Masala Action movies in Bollywood. It brought Salman Khan back in the top league and most importantly revived the single-screen theatres in many parts of the country. Wanted is a remake of Telugu blockbuster movie ‘Pokiri’ directed by Puri Jagannath starring Mahesh Babu and Ileana D’ Cruz. Before directing the Hindi version, Prabhu Deva remade the movie in Tamil with Vijay and Asin.

Tere Naam: Arguably his best performance, Tere Naam revived Salman’s career in a big way in 2003. Directed by Satish Kaushik, it is a remake of Tamil film ‘Sethu’ featuring Vikram in the lead. Bhoomika Chawla made her Bollywood debut with this film, which boasts of a memorable soundtrack composed by Himesh Reshammiya.

Biwi No 1: Directed by David Dhawan and produced by Vashu Bhagnani, Biwi No 1 is a remake of 1995 Tamil film Sathi Leelavathi featuring Kamal Hassan, Ramesh Aravind, Kalpana and Heera. Apparently, Kamal Hassan’s role was portrayed by Anil Kapoor in the Hindi version. Released during the Cricket World Cup in 1999, Biwi No 1 became the highest grosser of the year.

Judwaa: Another David Dhawan comedy, ‘Judwaa’ silenced Salman’s critics in 1997 as it emerged as one the biggest hits of the year. It featured Khan in a double role for the first and only time in his illustrious career. Judwaa is a remake of Telugu blockbuster ‘Hello Brother’ featuring Nagarjuna, Ramya and Soundarya. The Telugu movie itself was inspired from the Jackie Chan’s action comedy ‘Twin Dragons’.

Bodyguard: This action romantic movie directed by Siddique is the third remake of the director’s own 2010 Malayalam flick of the same name starring Dileep and Nayantara, the second being 2011 Tamil film Kaavalan featuring Vijay and Asin. Kareena Kapoor was paired opposite Salman and Bodyguard went on to be the biggest grosser of 2011 and broke numerous records.

Ready: Starring Salman and Asin, it is the 4th remake of 2008 Telugu movie ‘Ready’ featuring Ram and Genelia D’ Souza. Before the Hindi version, the film was remade in Kannada as ‘Raam’ by Punith Rajkumar and then in Tamil as ‘Uthama Puthiran’ starring Dhanush and Genelia D’Souza. The hindi version was directed by Anees Bazmee and produced by T-Series, ‘Ready’ became the second biggest grosser of 2011.

No Entry: Although Anees Bazmee’s No Entry is the biggest hit of 2006 and one of the funniest comedies in recent times, it is down in this list as Salman is not the main lead in the movie. Also starring Anil Kapoor, Fardeen Khan, Esha Deol, Lara Dutta and Celina Jaitley, No Entry is the remake of 2002 Tamil Film ‘Charlie Chaplin’ starring Prabhudeva and Prabhu Ganeshan. The Tamil film’s commercial success led to remakes into Telugu (Pellam Oorelithe), Kannada (Kalla Malla Sulla) and Malayalam (Happy Husbands).

Har Dil Jo Pyaar Karega: Inspired from 1995 Hollywood Film ‘While You were Sleeping’, Priyadarshan directed 1997 Malayalam blockbuster ‘Chandralekha’ featuring Mohanlal. Next year the movie was remade into Telugu by Krishna Vamsi with the same name starring Nagarjuna, Ramya and Isha Koppikar. Two years later, producer Sajid Nadiadwala and director Raj Kanwar combined together and ‘Har Dil Jo Pyaar Karega’ was made with Salman Khan, Rani Mukherji and Preity Zinta. Shahrukh Khan made a special appearance. The film was a moderate success at the ticket window.

Kyonki: This Priyadarshan’s movie is a remake of the 1986 Malayalam film Thalavattam directed by Priyadarshan himself. Featuring Salman, Kareena and Rimi Sen ; ‘Kyonki’ was appreciated for Salman’s sensitive performance but the movie failed at the box office.