Salman Khan was spotted riding a scooter on the streets of Mumbai today. The actor was seen wearing a ‘Being Human’ t-shirt and was followed by his security and a few fans. 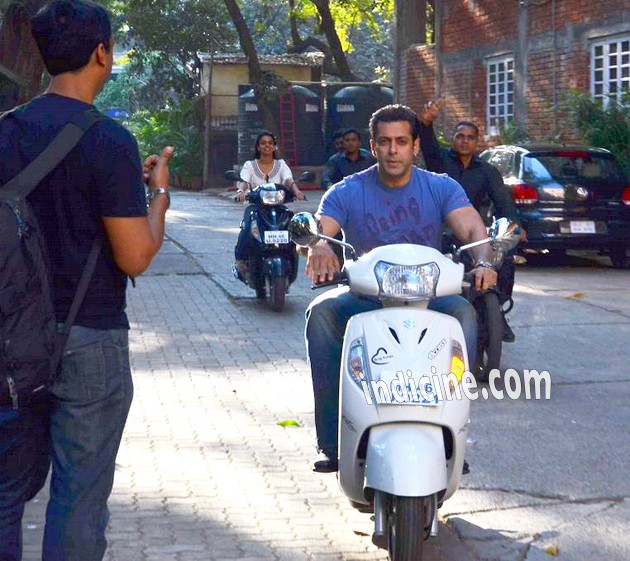 Salman Khan snapped on a scooter 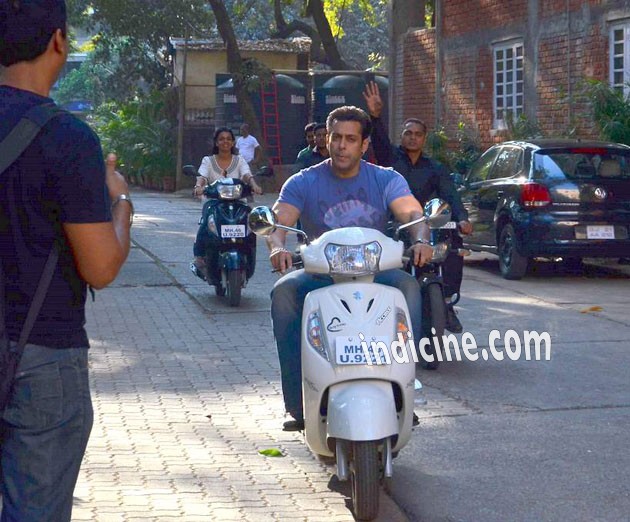